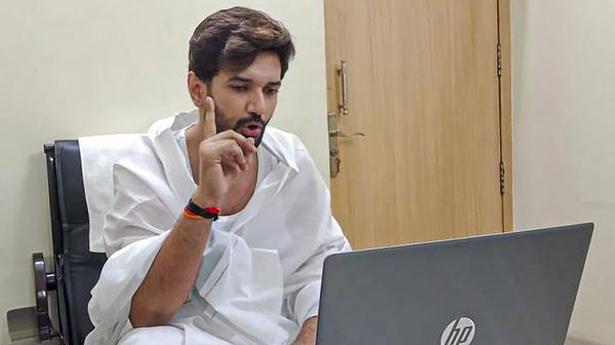 Brushing aside recent comments against him by BJP leaders, the LJP president exudes confidence ahead of poll

In an interview over the phone, LJP president Chirag Paswan speaks to The Hindu about the political turmoil after his father Ram Vilas Paswan’s death and BJP leaders’ comments against him.

This is the first election where your father Ram Vilas Paswan is not with you and a critical election for the LJP, at that. Your thoughts.

The past couple of weeks have been a very difficult time for me. Apart from shuttling between the hospital and party meetings, what made me restless was the fact that I could not talk to my father. For me, it was a matter of routine to share in the evening whatever happened through the day. He was my best friend…I had that kind of comfortable relationship with him, where I could speak my heart out.

In fact, I would say, the worst day was when we took the decision to go it alone in the election. My father was already on the ventilator. I wanted to tell him, seek his advice, but he was not in a position to speak to me. My mother told me to go, hold his hand and say whatever I had to say. I spent some 3-4 hours in that ICU cubicle holding his hand, speaking to him and that gave me a lot of comfort.

In the past, whenever the LJP and the JD(U) have come face to face, your party has had a dismal performance. Haven’t you taken more than you can chew?

Not really, my confidence comes from my father, he used to push me and often instigate me. He would say, that if he could go it alone in 2005, then why should I at a young age be averse to taking bold decisions? And you must remember, we have always fought against the JD(U), be it the 2005, 2010 or 2015 Assembly election. In fact, in 2017, overnight, he [Nitish Kumar] became part of the NDA and we were thrown together. He has always worked against us. In the 2019 Lok Sabha election, despite being on the same side of the alliance, the JD(U) made every attempt to sabotage my elections from Jamui.

Also read: I have not spoken to Nitish Kumar in almost a year: LJP president Chirag Paswan

My confidence also comes from the hard work I have done over the past few years and brought about organisational changes in the party along with my father. It also comes from the vision document ‘Bihar First and Bihari First,’ that we came up with after my yatra across the State. We spoke to over four lakh persons before drafting this document. My confidence comes from the anger that people have for Nitish Kumar. And I will ensure that Nitish Kumar does not become the Chief Minister of Bihar ever again in the future.

You have been claiming that your campaign is for installing a BJP-LJP government, but BJP Ministers and leaders in repeated statements have disowned you. Your comments?

I have no issues with their comments. I know my Chief Minister, I know his working style. He doesn’t speak on his own but makes others talk on his behalf. All these comments are because of Nitishji’s pressure on the BJP. If the reports are correct, he did not even come to the NDA press conference till he got a written assurance that the LJP will not be allowed to use Prime Minister Narendra Modi’s photographs during the campaigning. These words are coming from him.

And I will give the BJP leaders their due, since, technically, they are in alliance with the JD(U) and not us in the State. I would, in fact, go a step ahead and say I am sure Nitishji will apply pressure on PM Modiji too. I will not have issues if political compulsions force Modiji to make adverse remarks about me during the campaign. He has taken care of me like a father in this difficult time. I wouldn’t want to put him in dharam sankat. I have a far deeper and personal relationship with Modiji.

Your uncle Pashupati Kumar Paras, in remarks made to a television channel, said that he admires Nitish Kumar’s working style. This is in variance with your own campaign.

He has, since then, clarified his comments. There is no difference of opinion among us.

So, out of the 143 seats, how many are the LJP projected to win?

I am not an astrologer and I would not like to challenge the intelligence of the Bihari voters by making such predictions. All I can say is that the current Chief Minister will not return to power and we will see a BJP-LJP government in Bihar. 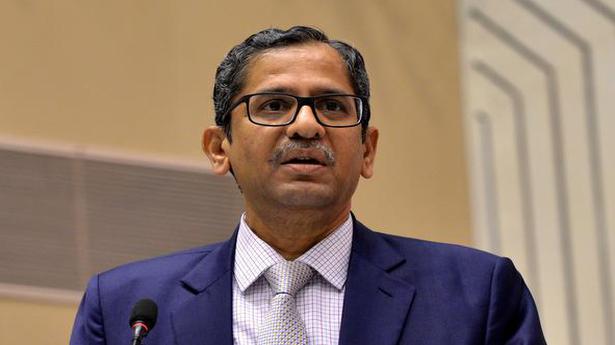 Why not enact a law to bar criminals in elections, asks Madras HC