The BJP has fielded Dinesh Prajapati and Rambhai Mokaria for the two Rajya Sabha seats that fell vacant owing to the deaths of Congress’s Ahmed Patel and the BJP’s Abhay Bhardwaj.

Since by-elections to both seats are being held separately, the ruling BJP is set to win both, given its strength in the Assembly.

Both Mr. Prajapati and Mr. Mokaria will file their nomination papers on Thursday. The former is from a OBC community from north Gujarat, while the latter belongs to the Aboti Brahmin community from Porbandar.

Patel had won a nail-biting contest in 2017, defeating the BJP’s Balwantsinh Rajput, who was poached by the BJP from the Congress to take on Patel. Bhardwaj had become a Rajya Sabha member in 2020 but died before he attended any session of the House.

Both died of health complications they developed after they were infected with COVID-19.

The polls will be held from 9 a.m. to 4 p.m. on March 1. The counting of votes will be taken up the same day at 5 p.m. The entire election process will be completed by March 3.

There is no clarity yet about whether the Congress will field its candidates since its chances of winning are remote with separate polling for both seats. 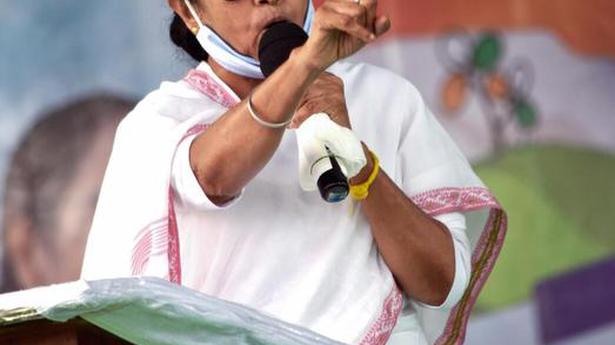