As the Congress is readying to corner the BJP government here, Chief Minister B.S. Yediyurappa chaired a meeting with his Cabinet colleagues on Monday evening to strategise ways to counter Congress’s move.

Sources in the Chief Minister’s Office said that the discussion revolved around strategies to be adopted to highlight the government’s work in the COVID-19 pandemic management effectively as the Congress is expected to raise the issue. Besides, sources said that Mr. Yediyurappa also urged the Ministers to have greater coordination and put up an unified front to counter the Opposition move.

Sources said that the Chief Minister was also keen to understand if the newly inducted Ministers, who joined the BJP recently, were comfortable with the party and also in discharging their duties. The Chief Minister is learnt to have told the Ministers to tour the respective district and be accessible to people and party workers. “Ministers have been told to visit the party office at least for a day to interact with workers. Many workers have to come to Bengaluru to get their work done. Instead, the Chief Minister said workers’ issues could be resolved in party’s office,” sources said.

Chief Minister B.S. Yediyurappa is keen to go to Delhi to meet national leaders, including BJP national president J.P. Nadda and Home Minister Amit Shah to discuss party matters. “Though Mr. Yediyurappa had requested for a meeting with national leaders sometime back, it had not happened as Mr. Shah was indisposed. The issue of Cabinet expansion is likely to figure in the meeting if it fructifies,” sources said. 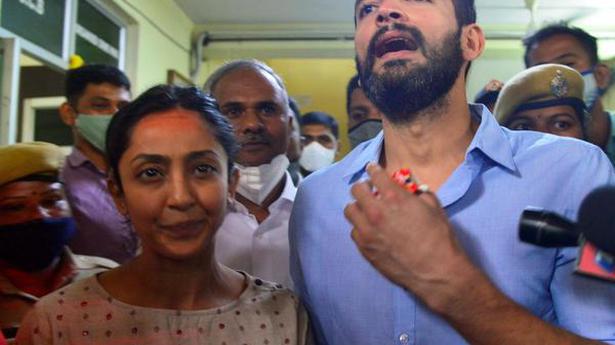