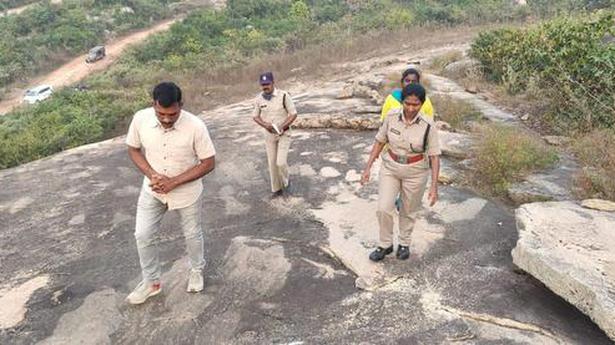 
Bharatiya Janata Party and Jana Sena Party have geared up for ‘Ramateertha dharma yatra’ on Tuesday to deplore delay in identifying the culprits involved in vandalism of Lord Rama’s idol in Sri Kodandarama’s temple of Ramateertham, 12 km away from Vizianagaram district headquarters.

Although normalcy was restored at the temple premises on Monday, tense situation is anticipated as BJP and Jana Sena decided to go ahead with their yatra to be led by BJP State president Somu Veerraju. The parties took the decision despite police curbs and imposing of Section 30.

Mr. Eswara Rao, who launched his protest at Ramateertham on December 28, was arrested by the police on Sunday. Even after release, he continued the deeksha on NER campus. BJP State vice-president Paidi Venugopalam, Uttarandhra Sadhu Parishad president Swami Srinivasananda, who extended their support to the deeksha, said that the incident hurt the sentiments of every Hindu in the country.

No Sarva darshan at Tirmala temple from April 12

Cyclone Yaas to have mild impact on A.P., says Jagan