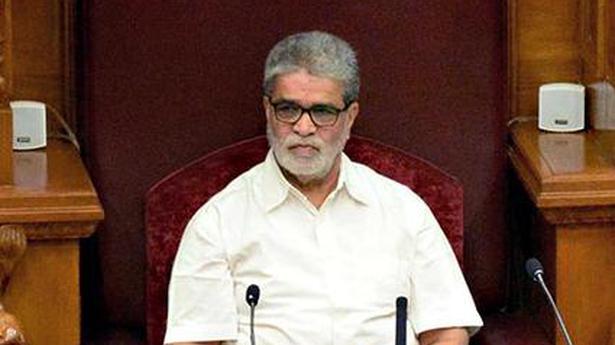 Mr. Shetty had on Wednesday set aside the ruling party members’ attempts to move a no-confidence motion against him, saying that he was seeking legal opinion on the subject. Stating that the subject could be taken up only after 14 days of submission of the notice, he had refused to include it in the agenda.

When BJP members again raised the issue on Thursday, the Chairman said the subject was not in the agenda and that he had directed the officials concerned to convey the legal opinion to the BJP members.

This irked BJP that has emerged as the single largest party after the recent elections to the graduates’ and teachers’ constituencies. Following this, the ruling party was hopeful of dislodging the Chairman with the support of JD(S) members.

In the wake of this, the government is now planning to write to the Chairman asking that the Council be convened for another day on Tuesday. Law and Parliamentary Affairs Minister J.C. Madhuswamy told reporters that the plan was to actually conduct the Council till Tuesday (December 15).

“We had demanded this in the Business Advisory Committee. But as the Chairman had objected to this, we had asked him to take a decision based on majority. We will again write to him to conduct the House on Tuesday and allow us to take up the no- confidence motion,” he said.

Stating that it has been 14 days since the BJP members submitted a notice seeking no-confidence motion, he said: “Although it was not in the agenda, we had thought it will be taken up as an additional subject. He has adjourned the House without even bringing it to our notice. This has set a bad precedent.”

Floor Leader Kota Srinivas Poojary said the party members would meet the Governor on Friday and seek convening of the session on Tuesday for moving the no-confidence motion.

As per rules, discussion should be allowed on the no-confidence motion as soon as it is raised in the House, BJP sources said. However, Congress sources said that as per rules the no-confidence can be moved only after 14 days of submitting the notice. “This is minus the terminal days — the first day and the last day. And, once allowed, the subject should be discussed and decided within five days. As the Assembly has been adjourned sine die, there is no business for the Council to continue. Hence, it was adjourned,” sources said.

BJP sources said the notice was given after the party felt that the Chairman was “not acting neutral” and was providing undue advantage to the Congress. They also pointed out that the Chairman had not allowed the vote on the Land Reforms Bill on the last day of the monsoon session despite fervent appeal by the treasury benches.

The support of the JD(S), which has 14 members in the 75-member House, is crucial to the BJP, which lacks numbers. While the BJP, after a clean sweep in the recent elections to the graduates’ and teachers’ constituencies, has 31 members in the House, the Congress has 28 besides Mr. Shetty. There is one Independent member. 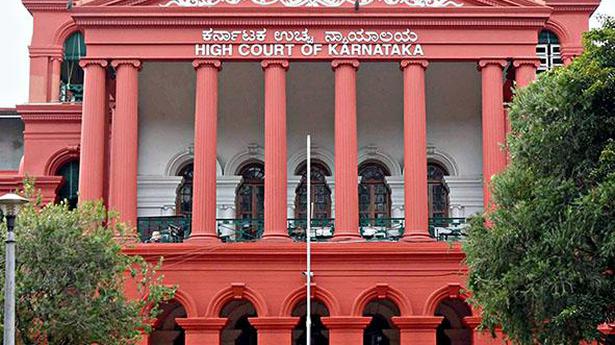 Expert panel has not performed its duty: HC