The BJP is opposed to inclusion of Muslims in the list of Other Backward Classes (OBC), national president of BJP’s OBC Morcha Laxman said here on Wednesday.

Mr. Laxman, who was in Mysuru in connection with the two-day State executive meet of the BJP’s Backward Classes Morcha, told reporters that the founding father of Indian Constitution Dr. B.R. Ambedkar had made it clear that reservation should be extended only to socially-discriminated and economically-backward sections of society.

Hence, reservation cannot be extended on religious grounds, Mr. Laxman said, while justifying his opposition to including Muslims in the list of OBCs.

The Centre has come forward to provide 10% reservation to economically poor from all castes, he said. In pursuit of his slogan ‘Sab Ka Saath Sab Ka Vikaas’, Prime Minister Modi was introducing schemes meant to benefit the economically poor among even the forward communities besides socially-discriminated people, Mr. Laxman said.

The State executive meet will discuss not only programmes pertaining to backward classes, but also create awareness among people about the “historical decisions taken by the Modi government,” he said.

Presently, Muslims figure in the list of OBCs in both the State and Central lists for their social and economic backwardness.

While referring to the farm Bills passed by the Centre, Mr. Laxman said the new laws that aimed at protecting farmers from the clutches of middlemen were being resisted by vested interests in the Nationalist Congress Party (NCP), Akali Dal, the Congress in Punjab, and many other regional parties.

“Middlemen are so powerful that they form the backbone of parties like NCP, Akalis, and the Congress in Punjab,” he claimed.

He also alleged that the families of Laloo Prasad Yadav, the former Chief Minister of Bihar, and Mulayam Singh Yadav, the Samajwadi Party leader in Uttar Pradesh, controlled the “mandis”. While these political families had amassed wealth, the farmers continue to become poorer, he lamented.

Mr Laxman also recalled that the economic reforms that former Prime Minister P V Narasimha Rao introduced had also met with similar opposition. But, the country had made economic progress, thanks to Mr Rao’s economic reforms and was presently the fifth biggest economy in the world. 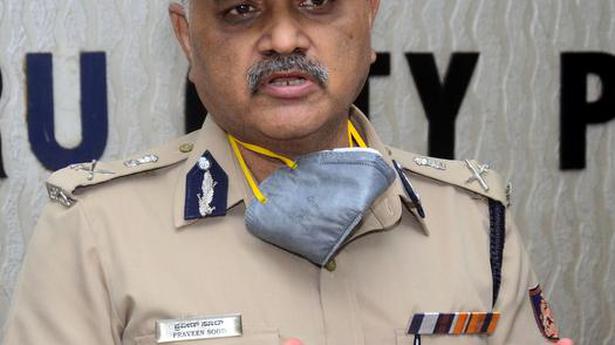