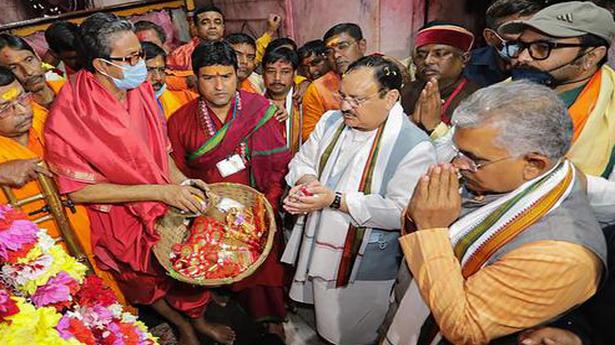 
BJP president Jagat Prasad Nadda on Tuesday flagged off the party’s second “parivartan yatra” in West Bengal and claimed that only the BJP can usher in “asal parivartan (real development)” in the State.

Mr. Nadda, who was visiting the poll-bound State the second time this month, said real change not only meant bringing in development but also restoring the culture of the State.

“Paribartan [change]” was the slogan that dominated the Trinamool Congress’s poll campaign in 2011, riding high of which Chief Minister Mamata Banerjee rose to power 10 years ago defeating the 34-year-old Left Front government.

At a public rally at Tarapith in Birbhum district, Mr. Nadda said that through the “parivartan yatra”, BJP leaders would go door to door and awaken the people of the State.

The BJP chief had flagged off the first ‘yatra’ from Nabadwip in Nadia district on February 6.

Hits out at Abhishek Banerjee

Mr. Nadda also targeted Trinamool Congress MP Abhishek Banerjee. He said the manner in which Mr. Banerjee leader targeted Suvendu Adhikari’s father recently at a public rally was deplorable. “The nephew has soiled the culture of West Bengal… I will go again and again to Diamond Harbour and tell you what real democracy is,” he stated.

Mr. Nadda’s convoy was attacked at Diamond Harbour during his visit to Mr. Banerjee’s constituency in South 24 Parganas on December 2020.

From Tarapith, he later in the day visited Jhargram in south Bengal.

The BJP has plans to flag off five “paribartan yatras” in the State. 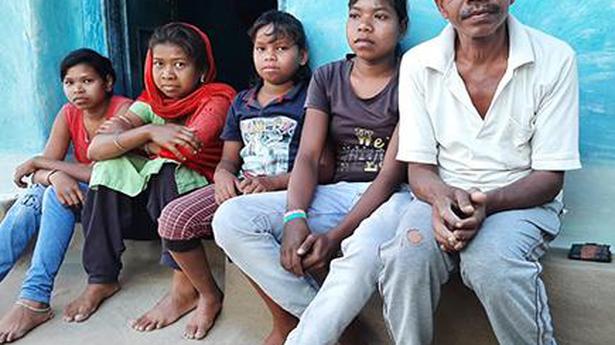