As a young boy in what was then called Calcutta, I would often accompany my mother to the Victoria Memorial where, on a park bench, the senior ladies of the city’s Kutchi community would foregather every evening to exchange notes on the comings and goings within the clan.

It was said that no one within the larger kutumbh of Kutchis could get married, or be born, or pass on, without their implicit sanction.

The senior-most member of the group was Mittibai, a distinguished dowager who always carried with her a small silver box of dry roasted pumpkin seeds which she said were an excellent aid to digestion, crunchy titbits whose tangy taste I relished.

When my mother and I took our leave Mittibai would bless us with a valedictory “Sukhi roh”, which translates as ‘Be happy’ or, more accurately, ‘Be well’. Even at my young age, I understood that she was blessing us not just with physical health but a far more comprehensive wellness of being, which included tranquillity of mind and spirit.

Wishing someone such a holistic wellness of being, or wellbeing, is common to all cultures and finds many forms of expression including the endearing solicitation even strangers exchange in Botswana, as recounted in Alexander McCall Smith’s charming Mma Ramotswe books featuring The No 1 Ladies’ Detective Agency, “Have you slept well?”

A sound sleep, like a good digestion, betokens a body and a mind at peace with themselves and with the world at large. It is a sign of wellness, of being ‘sukhi’. The importance of wellness, of wellbeing, long recognised by traditional communities such as those of Mittibai and Mma Ramotswe, has of late found increasing endorsement in international fora such as the Organisation for Economic Co-operation and Development (OECD), which has a membership of 37 countries that together constitute 80 per cent of global trade and commerce.

Some years ago, the Himalayan Kingdom of Bhutan replaced conventional GDP (Gross Domestic Product) with GDH (Gross Domestic Happiness) as a more reliable and accurate yardstick with which to measure the country’s progress, both socially and economically.

At the time, a number of economists and other commentators good-naturedly dismissed such a literally ‘feel-good’ formula as being OK for a tiny country like Bhutan, safely cocooned from the hurly-burly of the outside world with all its pressures of cut-and-thrust competitiveness, but it wouldn’t work in the domain of practical reality.

Such a view which posits material prosperity as the priority of all human endeavour, at the expense of irreversible environmental devastation, recurring global financial crises, and wars fought over ever-scarcer resources, has been called into increasing question by analysts like Dubai-based Satya Saurabh Khosla.

The lodestar of GDP is being eclipsed by what can be called GDW, Gross Domestic Wellbeing, as defined by the physical, psychological and emotional security that the global community as a whole can equitably provide to all the citizens of Planet Earth.

This is not self-sacrificing altruism but self-preservation. The uni-dimensional pursuit of wealth has divided the world into North and South, rich and poor, creating an unsustainable and self-destructive Otherness. The multi-dimensional perspective of wellbeing embraces unification in place of divisiveness.

Octavio Paz said that of liberty, equality and fraternity, the greatest is fraternity because you can have capitalistic liberty without equality or authoritarian equality without liberty, but fraternity embodies both liberty and equality. Fraternity, the recognition of the bond that joins us all, is the foundation of wellbeing.

A truth which Mittibai summed up in two words, “Sukhi roh”. 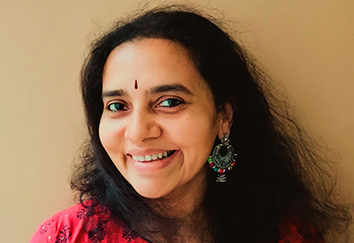 Why we need mobility: The Covid pandemic is a reminder that travel cannot be replaced by technology