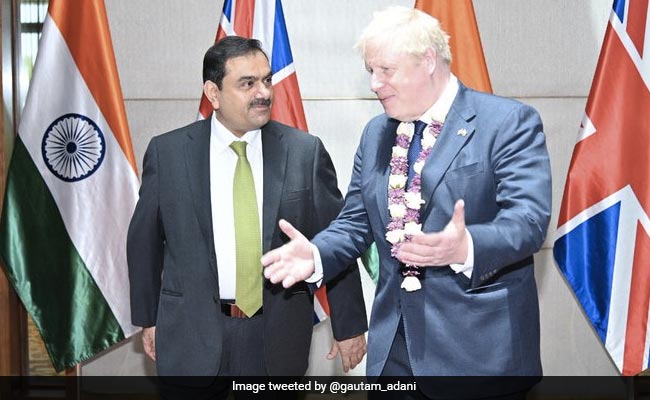 Boris Johnson met with the Adani Group Chairman in Ahmedabad.

UK Prime Minister Boris Johnson, who is on a two-day visit to India, met industrialist Gautam Adani on Thursday.

The British Prime Minister’s meeting with the Adani Group Chairman in Ahmedabad was part of his plans to meet with leading business group leaders and discuss the UK and India’s thriving commercial and trade links.

Mr Johnson landed in Gujarat earlier today for his two-day India visit. He received a grand welcome at the airport in Ahmedabad and visited Mahatma Gandhi’s Sabarmati Ashram.

Mr Johnson’s two-day visit to India will focus on stepping up cooperation in the Indo-Pacific, giving momentum to negotiations on a Free Trade Agreement (FTA) between the two countries, as well as enhancing defence ties.

This is the first time a UK Prime Minister is in Gujarat, India’s fifth-largest state and the ancestral home of around half of the British-Indian population in the UK.

Mr Johnson will announce a slew of commercial agreements and hold bilateral discussions with a focus on the UK and India’s trade, investment and technology partnership.

The British High Commission (BHC), in a statement, said Johnson will use his visit to India to boost “our collaboration with one of the world’s fastest-growing economies, slashing trade barriers for UK businesses and driving jobs and growth at home”.

The UK and Indian businesses will confirm more than 1 billion pounds in new investments and export deals today in areas from software engineering to health, creating almost 11,000 jobs across the UK, added the BHC in the statement. 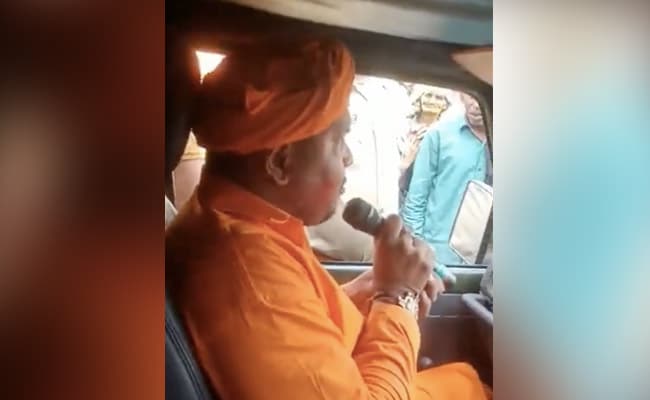 On Camera, Hatemonger’s Rape Threat To Muslim Women In UP Amid Cheers