In a significant development with regard to politics in Uttar Pradesh set to go to polls next year, the Bahujan Samaj Party on Saturday heaped praise on the Union government on its Jammu and Kashmir policy while lashing out against the Congress.

BSP MP Malook Nagar, speaking during the debate on the Jammu and Kashmir Reorganisation (Amendment) Bill, 2021, said backward communities like Gujjar and Backarwal had been deprived of their rights in Jammu and Kashmir for long and were only now getting their due, after the erstwhile State’s special status was revoked with the annulment of Article 370 of the Constitution in 2019.

Mr. Nagar also criticised Congress leaders Rahul and Priyanka Gandhi that they were not opposing the government but the poor.

He also mocked Rahul Gandhi for his speech during a discussion on the Union Budget, saying he delivered his address and then left as a professor does after giving a lecture to students.

“We (BSP) are also in the Opposition but are getting a bad name because of this behaviour,” he said, as the treasure benches repeatedly cheered at his remarks.

What is the harm if good officers from other parts of the country serve Jammu and Kashmir, he asked, supporting the Bill that seeks to replace the ordinance to merge the Jammu and Kashmir (J&K) cadre of civil services officer with the Arunachal Pradesh, Goa, Mizoram Union Territory (AGMUT) cadre. 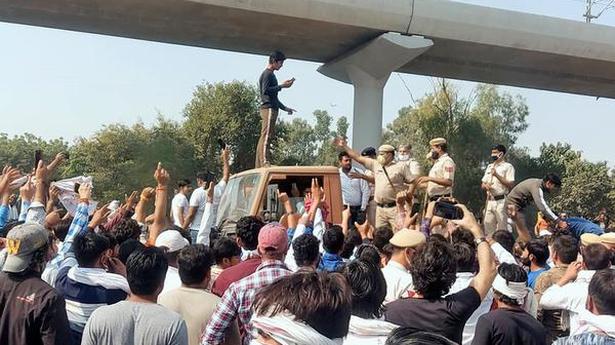