Rajasthan Chief Minister Ashok Gehlot on Monday said the Union Budget, which was focused on five election-bound States, did not contain any concrete measures to address the issue of unemployment caused by the COVID-19 pandemic. “The budget is anti-poor, anti-farmer and disappointing. It lacks direction,” he said.

“The entire focus of the budget is on the States of West Bengal, Assam, Tamil Nadu, Kerala and Puducherry, which are going to polls. It seems to be more a five electoral States’ budget rather than the Union Budget,” Mr. Gehlot said.

He said middle class taxpayers had hoped that the Narendra Modi government would give some relief by changing the income tax slab, but this did not happen. Every section of the society had been left “completely disappointed,” he said.

The Chief Minister said the State government was expecting a national project status for the Eastern Rajasthan Canal Project and the special State status in the Har Ghar Nal Yojana for piped water supply. The Centre had discriminated against Rajasthan despite that fact that all MPs from the State were with the NDA, Mr. Gehlot said.

Referring to the financial crisis faced by States during the pandemic, Mr. Gehlot said the State governments had expected for special economic packages in view of their financial resources having been badly affected. Even though the Centre had collected a record GST in the last few months, it was not giving the share to the States, which was affecting development works, he said.

Mr. Gehlot pointed out that the BJP, which was vocal against foreign direct investment (FDI) during the UPA regime, had been promoting it since it came to power and said it was reflected in the Union Budget as well. “If in the past the BJP had supported the UPA on the issue, the country would have progressed in this direction.”

BJP blocks highways in Odisha to press for paddy procurement 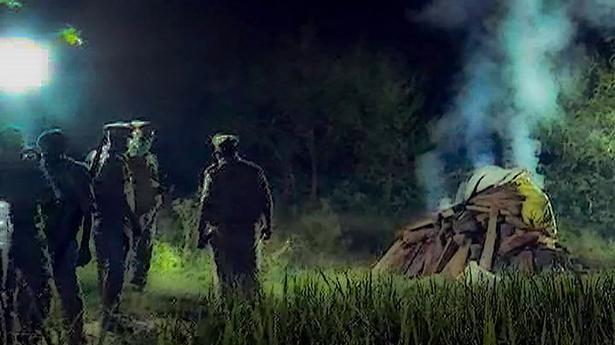 Why was Hathras victim cremated in a hurry, NCW asks U.P. DGP