Rajasthan Chief Minister Ashok Gehlot on Monday said the Union Budget, which was focused on the five election-bound States, did not contain any concrete measures to address the issue of unemployment caused by the COVID-19 pandemic. “The Budget is anti-poor, anti-farmer and disappointing. It lacks any direction,” he said.

“The entire focus of the Budget is on the States of West Bengal, Assam, Tamil Nadu, Kerala and Puducherry, which are going to polls. It seems to be more a five electoral States’ Budget rather than the Union Budget,” Mr. Gehlot said in his reaction to the Budget speech of Finance Minister Nirmala Sitharaman.

Mr. Gehlot said the middle-class taxpayers had hoped that the Narendra Modi government would give some relief by changing the income tax slab, but this did not happen. Every section of the society had been left “completely disappointed,” he said.

The Chief Minister said the State government was expecting a national project status for the Eastern Rajasthan Canal Project and the special State status in the Har Ghar Nal Yojana for piped water supply. The Centre had discriminated against Rajasthan, Mr. Gehlot said. 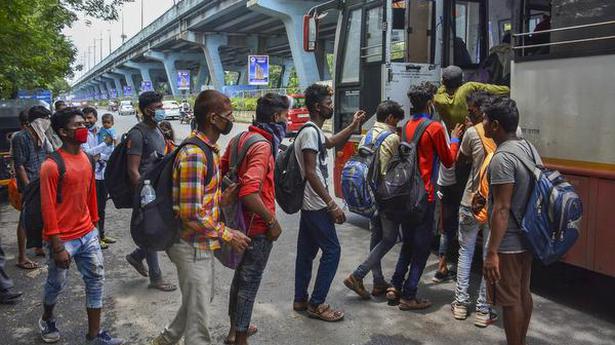 Hearing in defamation case against Rahul Gandhi on May 15