Members of the Builders Association of India (BAI), Tiruchi Centre, staged a demonstration as part of a nation wide one-day strike call given against the ‘unprecedented rise’ in steel and cement prices which they said have badly affected the construction industry.

The BAI members, led by R. Saravanan, Chairman, and Ramesh Babu, Executive Committee member, BAI, Tiruchi Centre, staged a demonstration near the Collectorate condemning the hike in prices of steel and cement which they said was without any apparent reason. They urged steel and cement producers to roll back the prices.

Speaking to reporters, R. Subramani, Secretary, BAI, Tiruchi Centre, said that the prices of steel and cement have gone up by 30 to 40% within a span of a month, pushing the construction industry to the brink. “The producers have raised the prices without any reason – for instance such as tax hike or rise in prices of raw materials,” he said.

Several projects have been halted and labourers have been rendered jobless. Builders who have already entered into contracts have been badly affected as they face heavy losses.

“If the situation continued unchecked, the construction sector, which is next only to agriculture sector in providing jobs, will come to a standstill adversely impacting the economy. It is unfortunate that the Centre and State governments have not taken note of the situation,” he said and urged the government to constitute a regulatory body to bring about stability in prices and protect the interests of the sector.

Members of BAI staged similar protests in Pudukottai and other places in the region.

No regrets about donating for Ram Temple construction: MLA 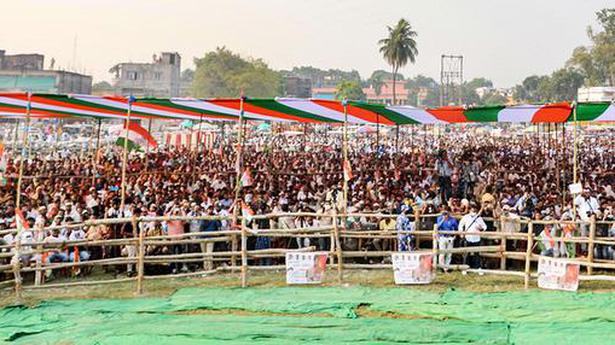