Capital expenditure should be enhanced from the present 2% to 20-25% of the State Gross Domestic Product (GSDP) within the next five years to ensure long-term development of the State, Finance Minister T.M. Thomas Isaac has said.

“Kerala can look forward by ensuring substantial increase in capital expenditure within the shortest period and the State government is earnestly putting its effort towards this end,” Dr. Isaac said on Tuesday.

He was addressing a special session on ‘Federalism and Development Financing’ jointly organised by the State Planning Board and the Gulati Institute of Finance and Taxation (GIFT) as part of the three-day international conference and consultation Kerala Looks Ahead.

The Minister said GST had reduced buoyancy in revenue collection and curtailed fiscal autonomy of the States.

Alleging that the Centre had manipulated the system that ensured due share in the divisible pool, Dr. Isaac said this had constrained the policy autonomy of the States in various aspects.

Lashing out at the Centre, the Minister said the States should be given flexibility in fixing rates of SGST as the social and financial status of each State was different. GST rates were not revenue neutral. The rates were 30 to 40% lower than the pre GST rates and this had seriously affected tax collection.

He urged the States to explore the possibility of increasing non-tax revenue collection. Kerala Bank had mobilised ₹60,000 crore as deposits, which would be doubled in two years.

Chairing the session, M. Govinda Rao, Member, 14th Finance Commission, said the proposed cess on petrol and diesel would be a trap for the States. By reducing the other components in tax, the Centre was not liable to share the revenue from cess with the States. The return of NoRKs from the Gulf would be a major threat to the economy of Kerala, he added.

Access of States to the divisible pool of revenue was coming down slowly, which was a major threat to the finance of the States, Rajesh Kumar Singh, Additional Chief Secretary, Finance, said in his address. 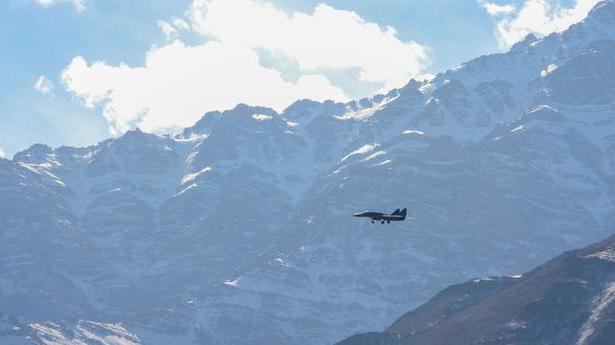 India, China to hold 9th round of Corps Commander talks on Sunday