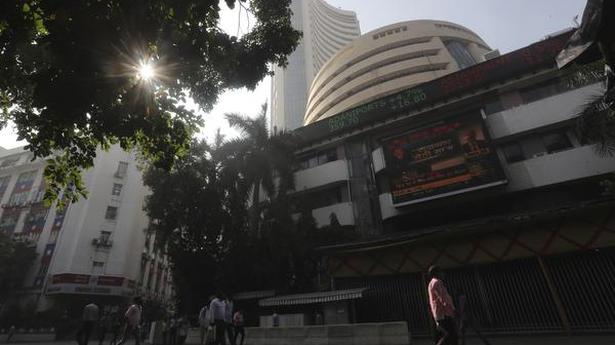 
The benchmark stock indices opened the day on a positive note with gains of around 1%, scaling fresh highs in the process as the post-budget rally continues.

Join us as we track the top business news through the day.

The Prime Minister continues to push for an end to farmer protests.

Reuters reports: “Indian Prime Minister Narendra Modi on Monday urged farmers to end their over two-month long protest against agricultural reforms, assuring them that a mechanism of floor prices for key crops would remain in place.

Demanding the repeal of three new farm laws that they say will hurt them to the benefit of large corporations and allow the government to discontinue buying food grains at a minimum support price (MSP), tens of thousands of farmers have been camped on the outskirts of Delhi since late 2020.

The new rules formalise an earlier anti-monopoly draft law released in November and clarify a series of monopolistic practices that regulators plan to crack down on.

The guidelines are expected to put new pressure on the country’s leading internet services, including e-commerce sites such as Alibaba Group’s Taobao and Tmall marketplaces or JD.com. They will also cover payment services like Ant Group’s Alipay or Tencent Holding’s WeChat Pay.

The rules, issued by the State Administration for Market Regulation (SAMR) on its website, bar companies from a range of behaviour, including forcing merchants to choose between the country’s top internet players, a long-time practice in the market.

The rupee appreciated by 9 paise to 72.84 against the U.S. Dollar in opening trade on Monday following rally in domestic equities.

At the interbank forex market, the local unit opened higher at 72.86 against the U.S. Dollar and climbed further to 72.84 in early deals, registering a rise of 9 paise over its last close.

In the previous session, the rupee gained 3 paise to settle at 72.93 against the U.S. Dollar.

The dollar index, which gauges the greenback’s strength against a basket of six currencies, advanced 0.03 % to 91.07.

South Korea’s Hyundai Motor Co said on Monday it is not now in talks with Apple Inc on autonomous electric cars, just a month after it confirmed early-stage talks with the tech giant, sending the automaker’s shares skidding.

The announcement wiped $2.1 billion off its market value, and brought the curtain down on weeks of internal divisions within Hyundai Motor Co Group – parent to both automakers – about the potential tie-up, with some executives raising concerns about becoming a contract manufacturer for the U.S. tech giant.

“We are receiving requests for cooperation in joint development of autonomous electric vehicles from various companies, but they are at early stage and nothing has been decided,” the automakers said on Monday, in compliance with stock market rules requiring regular updates to investors regarding market rumours. “We are not having talks with Apple on developing autonomous vehicles.”

Yet another record high.

All 14 sectoral indexes were trading higher on Monday. Autos gained the most, rising 2.2%, while banks ICICI and HDFC were the top two boosts to the Nifty 50.

“The optimism from the budget and recent earnings so far is giving a huge boost,” said Saurabh Jain, assistant vice president at SMC Global Securities in New Delhi.

Sectors that powered Indian markets in the mid-2000s — infrastructure, real estate and capital goods — were back in vogue following the federal budget and as the economy returns to normalcy after the shock from the pandemic, Jain added.

Among individual stocks, State Bank of India was set to gain for a sixth straight session following well-received quarterly results. The stock has jumped 46% so far in the last eight sessions.

Punjab National Bank fell 2% after reporting a fall in profit from a quarter earlier.

Shares in NTPC fell as much as 3.4% after a hydropower plant being constructed by the state-run power utility was damaged by an avalanche in northern India. The stock was last down just under 1%.

Meanwhile, other Asian shares also rose amid hopes a $1.9 trillion COVID-19 aid package will be passed by U.S. lawmakers as soon as this month.”

Finance Minister Nirmala Sitharaman on Sunday rejected the Opposition’s charge of “selling family assets” through the Budget stress on privatisation, terming it a “lazy allegation”.

All the previous governments have done disinvestment in the past, and the Narendra Modi regime has formulated a clear policy on which companies to be divested and the strategic sectors that not to be touched rather than doing one company sell-off at a time, she said in an address to businesses here.

The Budget proposals to divest stakes, which includes the sale of two public sector banks and a general insurer, have been panned by the Opposition.

“It is not what the Opposition says about selling family silver, it’s not at all,” she said addressing a meeting of business people here.