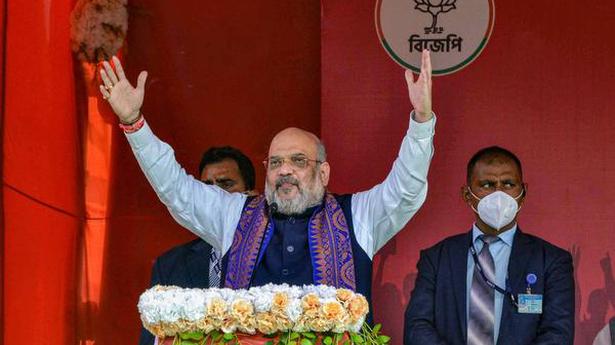 BJP will end the misrule and corruption of the “aunt and nephew”, says Union Home Minister.

Union Home Minister Amit Shah on Thursday said the Citizenship (Amendment) Act will be implemented once the vaccination for COVID-19 is completed.

“We are a party that keeps our promise,” Mr. Shah said at a gathering largely comprising people from the Matua sect at Thakaurnagar in the North 24 Parganas district. The CAA is an emotive issue for the members of the sect of Hindu refugees from Bangladesh who had voted overwhelmingly for the BJP candidate in the 2019 Lok Sabha polls. The delay in the implementation was making them restless.

“We promised citizenship to Matuas in 2018… In 2019 they supported us. In 2020 we brought the CAA in Parliament,” Mr. Shah said, adding that Chief Minister Mamata Banerjee has been going to town saying the BJP made a false promise. “The COVID-19 crisis came. Mamatadidi started saying it is a false promise and that she won’t allow the implementation of the CAA,” Mr. Shah said.

The Home Minister said he wants to promise the people from the pious land that as soon as the vaccination process is complete, the BJP government will give citizenship to the Matuas.

He also accused all the political parties of misleading the minorities by propagating that they will lose citizenship because of the CAA.

“As Union Home Minister I want to assure people that not a single Muslim brother or sister will lose citizenship because of the CAA,” Mr. Shah said. He said the CAA is a legislation to give citizenship and not to take it away. Mr. Shah announced a number of schemes for the Matuas including renaming the Thakurnagar railway station in honour of the founders of the sect.

Earlier in the day, the Home Minister addressed a rally in Cooch Behar and flagged off party ‘Parivartan’ yatra.

Describing the upcoming Assembly polls as ‘historic’, he said Chief Minister Mamata Banerjee will be left chanting “Jai Shri Ram” after the polls.

“In the Lok Sabha elections in 2019, we got 18 seats. The TMC had said we would get zero. She is now searching for a seat to fight the Vidhan Sabha elections,” he said at a rally.

The Union Home Minister accused Ms. Banerjee of coming in the way of development by not allowing the implementation of the Central schemes. “This yatra will free the State from the misrule and corruption of the ‘aunt and nephew’.”

Mr. Shah accused the Chief Minister of relying more on anti-social elements than the people. “Mamata didi says she does not need people for the elections. She is relying on her goons to win polls.. I am telling you Mamatadidi that our booth pramukh (booth president ) will win over your danga pramukh (anti-social) stand,” he said. 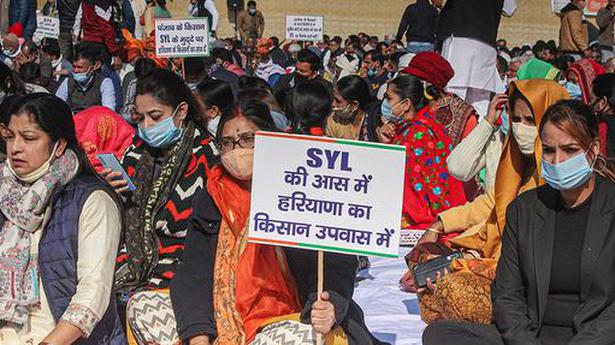