The Aircraft Accident Investigation Bureau says the DGCA’s ‘satisfactory’ remark in the Safety Audit Report at Calicut airport is ‘factually incorrect and misleading’.

The Aircraft Accident Investigation Bureau (AAIB) which probed the Air India Express crash at Calicut airport last August has asked the Airports Authority of India (AAI) to ensure mandatory aircraft familiarity for the Aircraft Rescue and Fire Fighting (ARFF) unit as this ignorance of the personnel had resulted in poorly coordinated rescue operation and delayed evacuation of the pilots from the cockpit.

In its report to the Ministry of Civil Aviation, the AAIB said that the ARFF crew at Calicut airport had not been provided aircraft familiarisation training on Boeing 737-800 that overshot the runway and plunged into a gorge on August 7, 2020. The accident claimed the lives of 19 passengers and two pilots and seriously injured 75 passengers.

In spite of the Directorate General of Civil Aviation (DGCA) audit observation of 2018 on aircraft familiarisation training and the frequent emails throughout 2019 by the Head of Airport Fire Services requesting for training on actual aircraft, the report said no action was taken by any agency concerned in this regard. “The DGCA Safety Audit Report of April 2019 assessing aircraft familiarisation of ARFF crew at Calicut airport as “satisfactory” [remark] is factually incorrect and misleading,” the report pointed out.

The AAI must ensure that mandatory aircraft familiarisation training is provided to all ARFF crew at the station within a defined timeline in addition to recurrent training as per the existing requirements. Also, the directors at all airports should coordinate with airline operators for timely conduct of aircraft familiarisation training for ARFF crew on all types of aircraft as mentioned by ICAO’s ‘Airport Services Manual, Part 1- Rescue and Fire Fighting’. This should be monitored by the DGCA through realistic surveillance inspections, the AAIB recommended.

The ARFF personnel were not present during the rescue of the pilots from the cockpit, hence, there was no guidance provided to the rescuers for unlocking the seat harness. The pilots were finally extricated after almost one hour after the crash. The pilot-in-command was taken out of the cockpit by a CISF Inspector while the co-pilot was taken out by an unknown civilian, the report said.

Neither the persons who entered the cockpit nor the ARFF personnel were aware of the procedure for opening the cockpit emergency exit. The cabin crew who were trapped and injured in the forward galley could not assist in rescue operations.

And the cabin crew in the aft galley had to open the rear exit doors and signal the rescuers with the help of light from their mobile phones. The right hand side escape slide was deployed but soon got deflated. Then the ARFF personnel had to cut through the aircraft structure, equipment and seats to assist in removing the trapped passengers from the aircraft.

Incidentally, it was the CISF personnel, whose barracks were located within the airport premises at about 800 m from the crash site, who immediately started assisting the passengers before the ARFF arrived. The CISF guard on duty right next to the crash site had also informed their Security Operations Control Centre. An alarm was raised and around 75-80 off-duty CISF personnel immediately rushed to join the rescue efforts.

The ARFF personnel had rescued the passengers from over the wings and those lying on the ground. They carried out foaming on the aircraft to prevent any likelihood of fire. Rescue efforts were soon supplemented by CISF off-duty personnel and local civilians, the report said.

At Calicut airport, the ARFF station is located north of the runway, approximately 1000 m from the beginning of Runway 10, adjacent to the international terminal building. It is mandatory for the ARFF to respond to all aircraft accidents up to five km on approach path and 2.5 km across the runway, with full complement and in accordance with the category of the aircraft. 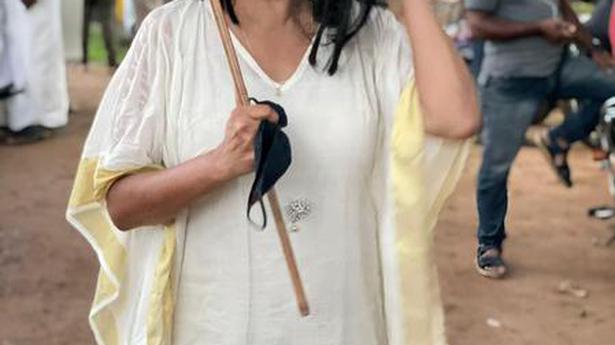 On the road again in Kerala, but now in a Clubhouse bio-bubble