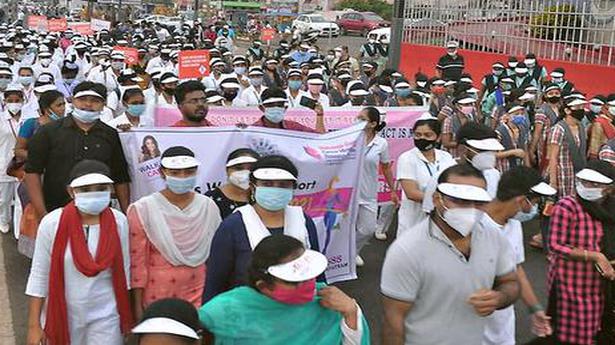 
Scores of people participated in the cancer awareness walkathon, organised by the Mahatma Gandhi Cancer Hospital and Research Institute (MGCHRI), in association with other hospitals and various organisations, on Beach Road here on Sunday.

Andhra Medical College Principal P.V. Sudhakar was present. Cancer is a constantly raising global challenge and commonest preventable cause of death. WHO estimate that one-in-five men and one-in-six women worldwide will develop cancer during their lifetime, and that one-in-eight men and one-in-eleven women will die from cancer. The increase can be attributed to ageing population and factors associated with social and economic development.

Cancer cases in India are likely to increase to 15.6 lakh by 2025 and tobacco-related cancers are estimated to contribute to 27.1% of the total cancer burden. Cancers of the lung, mouth, stomach and oesophagus are the most common cancers among men. Cancers of the breast and cervix the most common cancers among women. These cancers can be prevented, screened for and/or detected early and treated at an early stage for cure by creating awareness in the public. The recommended screening tests are mammogram and pap smear for early detection in women. HPV vaccination can prevent cervical cancer. Tobacco consumption, overweight and obesity, unhealthy diet, alcohol intake, and levels of physical inactivity, as well as exposure to other known cancer risk factors are major risk factors for cancer. 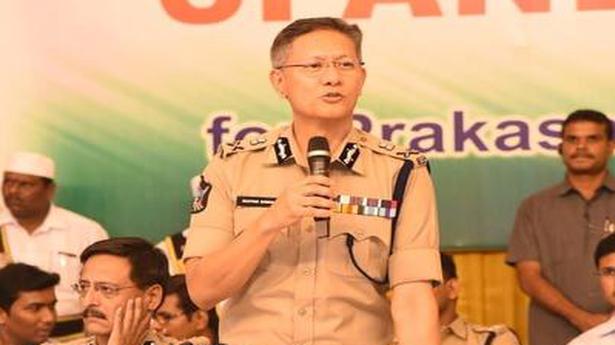 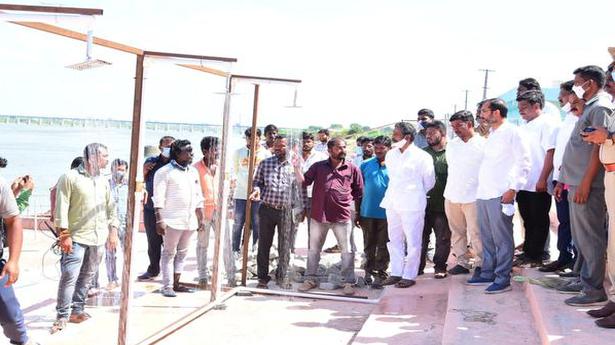 All set for Tungabhadra Pushkaralu from today