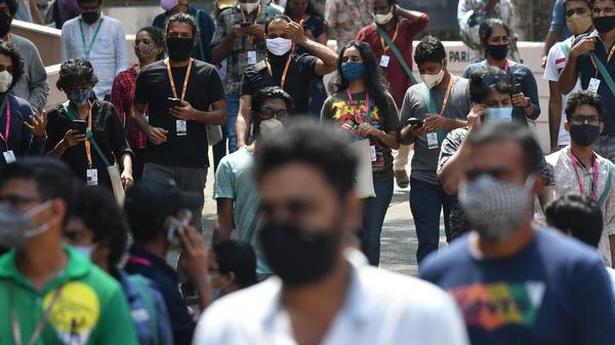 IFFK being taken to camp of mainstream cinema at the cost of independent cinema, says Dr. Biju

Are independent filmmakers being sidelined is a debate that crops up every time the International Film Festival of Kerala (IFFK) happens and it is no different this time too.

While opinions differ about the participation of independent films in the IFFK, there, however, seems to be consensus about the need for the Kerala State Chalachitra Academy (KSCA), the organisers of the festival, to do more handholding for independent filmmakers.

Award-winning independent filmmaker Bijukumar Damodaran, popularly known as Dr. Biju, is unsparing while accusing the existing KSCA council of progressively converting the IFFK’s character by taking it to the camp of mainstream cinema at the cost of independent cinema in the last five years.

“In fact, the IFFK had been forced to screen movies that it initially ignored only after they found acceptance in other festivals. That too was made possible only after the introduction of a new section called Festival Kaleidoscope for screening Malayalam films featured in other fests. Biriyaani, which featured in this edition of the IFFK, was one such movie to benefit from it,” he said.

Ajoy Chandran, secretary of KSCA, however, sought to drive home the point that the Academy had little say in the selection of films. “Such complaints should be raised with the jury. Besides, the fact that two films of independent filmmaker Don Palathara is being screened at this year’s fest alone debunks the theory of sidelining independent cinema,” he said.

Sajin Baabu, director of Biriyaani, said he had no complaint about his film, which was featured at several film festivals across the world, being initially overlooked at the IFFK. “But there is no doubt that the IFFK should offer more handholding to independent movie makers just the way festivals at Busan and Teheran promoted their cinema. Busan film fest started around the same time as IFFK and it was since then that South Korean movies became a rage across the world,” he said.

K.P. Sreekrishnan, secretary of the Movement for Independent Cinema, the second general body meet of which will be held in Kochi on Saturday, accused the KSCA of working against its mandate of maintaining a balance between independent and commercial cinema by overlooking the aesthetics of independent filmmaking. He also demanded the introduction of a concept called ‘Kerala Première’ in the section Malayalam Cinema Today at the IFFK.

However, Sibi Malayil, executive committee member of KSCA, said it was impractical for two reasons. “One, filmmakers cannot be asked to delay the theatrical release of their movies till December when the IFFK is held. Also no guarantee can be given to any filmmaker about the selection of their films,” he said.