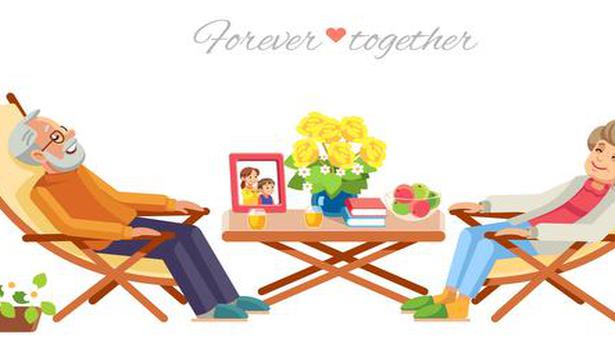 All of you must have heard of Munawar Faruqui. He is India’s World No. 1 stand-up comedian. They say his jokes are so powerful they can offend sentiments and destroy the nation even before he tells them. I don’t agree though. I think it’s just propaganda. The reality is that, in the last six years, it has become almost impossible for the average citizen to crack a joke. It’s as if India has embraced the policy of One Nation, One Joker.

I’m not saying I’m an average citizen. If you ask me, I’d say I’ve consistently exceeded expectations, though HR might disagree. But the bottom line is that a very powerful individual believes I should stop cracking jokes, especially in a newspaper, where there is no privacy and anyone can read them. This powerful individual also thinks my jokes are too political, and given the times we are living in, involve too much risk for too little reward. Yes, I am talking about my wife. And yesterday she even told me she can come up with better jokes than I do.

“On one condition,” she said.

“If it fulfils the criteria — of being apolitical and giving zero scope for anyone to take offence — you must use it in your column instead of poking fun at powerful evil people.”

“So there was this old married couple,” she began, “Jack and Jane. They had been married for 42 years.”

“Wait,” I said. “What’s this Jack and Jane business? Is this something you memorised from a joke book?”

“Will you stop interrupting?”

“Sorry,” I said. “But no dirty jokes. This is a family newspaper.”

“Jack and Jane had two children, Rihanna and Greta.”

“Rihanna and Greta? I thought your joke was going to be apolitical?”

“It is. Rihanna and Greta are just names. I once had a classmate named Greta whose nickname was Rihanna. Will you stop interrupting me or not?”

“So, after Jack retired from his lucrative job with an investment bank on Wall Street, Jane took retirement from her successful career as a yoga instructor. They were both fascinated by India. They were in awe of India’s unique caste system, its exemplary poverty, and the cosmic levels of air pollution in its capital city. So they decided to pack their bags and move from New York to Ghazipur.”

“Did you say Ghazipur?”

“Yes, Ghazipur, in Delhi. Not far from the famous garbage dump.”

Rihanna and Greta tried their best to dissuade them. But Jack and Jane were clear that they wanted to spend their final years filling their lungs with PM10 and PM2.5.

Rihanna even asked them, ‘Dad, Mom, why not move to Goa? You guys will find other white people there. It has lovely beaches, and lots of rain during the monsoons.’

‘But what will we do in Goa?’ asked Jane.

‘Collect rain water in the basins of your collar bones,’ said Greta.

‘Listen to the baritone of the storm,’ said Rihanna.

‘But I was never a desert in my past life,’ Jack said.

‘Rain and I are not ancient lovers,’ Jane said.

So Ghazipur it was. But within a month of shifting to Ghazipur, Jack’s lungs collapsed. He was rushed to a hospital and put on ventilator. But he died. Jane was heart-broken. She was 67, healthy, and had never been with another man in her life. To take her mind away from the grief, she busied herself with preparations for the funeral. Since her in-laws were in New York, she had to arrange for them to fly at short notice to Delhi. She had never organised a funeral before for her husband, that too in a new city. So she had a tough time dealing with various people trying to make money off her.

My wife held up a hand to silence me, then continued.

“But Jane was a resourceful woman. Though they were far from home, Jack’s bank had a big branch in Delhi. She pulled some strings and eventually managed to organise an A-class funeral. Lots of important people showed up, and one after another, they all heaped praises on Jack, who, it turned out, had been a role model for bankers all over the world.”

Finally, after about three dozen people had paid their homage, a gentleman in a black coat and top hat approached Jane and asked her permission to go up and say something about Jack.

Jane had never seen him before. She was mystified, but told him to go ahead. The man went to the front of the gathering, looked hard at Jane, and said just one word, ‘Plethora.’

Men can have breast cancer too: doctors

One thought on “Can I tell you a joke?”