Arappor Iyakkam has filed a complaint with the Directorate of Vigilance and Anti-Corruption demanding the cancellation of a tender for the supply and installation of smart carts on Marina Beach.

In a press meet on Friday, Arappor Iyakkam convener Jayaram Venkatesan said they had complained about corruption involving the officials of the Greater Chennai Corporation and a firm called A Quad Enterprises in awarding the tender for the Marina Beach smart cart initiative.

“The award of tender through blatant misuse of power by officials has incurred heavy loss to the exchequer. The Corporation floated a tender for the supply and installation of 900 smart vending carts with a value of ₹16.47 crore. The tender publishing date was October 10, 2020, and the scheduled bid opening date was November 10, 2020. The firm A Quad Enterprises did not have the required pre-qualifications. Therefore, a series of amendments were made to the criteria to try and make the firm eligible. A corrigendum was brought about on November 6, 2020 relaxing many conditions. While only firms under The Companies Act were allowed earlier, proprietorship firms were also allowed as per the corrigendum. Five years of operations were reduced to three years. Previous experience which was about relevant supply of materials was relaxed to include any fabrication experience as well,” Mr. Venkatesan said.

“They put in a clause in the corrigendum giving themselves permission to reopen the tender while in the first place no corrigendum is allowed after the opening of the tender. After this, the tender was reopened within a few hours around 5.44 p.m. and A Quad Enterprises was alone declared qualified and the tender was awarded to them,” he said.

“The only way the Corporation could have proceeded after opening of the tender on November 19, 2020 and finding that all three of the bidders were disqualified is to float a fresh tender with relaxed conditions which could have yielded many more bidders,” Mr. Venkatesan said.

A senior official of the Corporation said the civic body was supposed to go for a re-tender after Air Systems, A Quad Enterprises and Varsa were disqualified. “The High Court Bench had intervened and wanted to reopen the tender, owing to the urgent need for supply of carts for vendors. One of the contractors, Air Systems, had obtained a stay order after failing to submit an earnest money deposit. As it is the second call for tender, the Bench intervened and directed to give 450 carts for Air Systems and 450 for A Quad. After withdrawing from the bid, expressing an inability to supply the 450 carts within three months, Air Systems has approached the Supreme Court presenting misleading information after one and a half months,” the official said.

“Only after Air Systems had withdrawn, the contract was awarded to A Quad by the High Court Bench. A fresh work order was issued, including a period of three months to supply the carts ,” the official said. 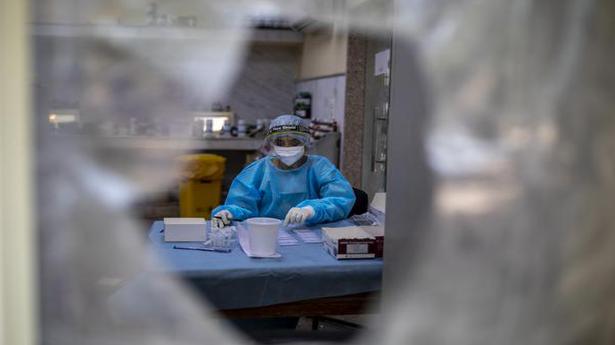