“Jab pyar karte hai toh jaat biradi toh koi dekhta nahi hai. Pyar karna toh gunah thodi hai (when someone falls in love, caste and community don’t matter to them. Falling in love is not a crime, is it),” asserted Pinki, the 22-year-old Hindu girl whose Muslim husband, Rashid, was arrested in Moradabad under the new Ordinance against Unlawful Conversion.

Talking to The Hindu on Tuesday from her in-laws’ house in Kanth, Moradabad, a day after she returned home after having spending more than a week in a government shelter home and hospital, she also said that she feared she had already suffered a miscarriage.

A day after she recorded her statement before a magistrate, following which she was allowed to go and live with her in-laws, Ms. Pinki reiterated that she had married Mr. Rashid by her own will.

“We are adults,” she stressed.

Ground Zero | Love on the razor’s edge in Uttar Pradesh

Mr. Rashid and his brother were arrested on December 5 after they were booked under Sections 3 and 5 of the Uttar Pradesh Prohibition of Unlawful Conversion of Religion Ordinance, 2020. Rashid and Pinki had arrived at the marriage registration office in Kanth when they were allegedly handed over to the police by members of a right-wing outfit that opposed their marriage and even heckled the woman.

The FIR against the two brothers was lodged on a complaint by Ms. Pinki’s mother, a Bijnor resident from the Scheduled Caste community, who alleged that Mr. Rashid induced and coerced her daughter into a marriage and took her to Kanth to convert her. Mr. Rashid allegedly concealed his Muslim identity from Ms. Pinki, her mother had alleged.

However, Ms. Pinki refuted all the allegations against her husband and maintained that she married him by her own will on July 24 at Dehradun, where the two were working before moving to Mr. Rashid’s home in Kanth. Ms. Pinki said they performed a nikaah ceremony and that she even recited the Quran. She dismissed her mother’s charge that Mr. Rashid had tricked her into marriage.

“I know the boy and what caste (community or religion) he belongs to. I know everything about him,” Ms. Pinki told The Hindu.

Ms. Pinki demanded that her husband and brother-in-law be immediately released, saying that they were innocent. “If getting a court marriage is such a big crime, then they should lock [people] up. That way nobody would get married in court or elope,” she said.

On December 5 evening, Ms. Pinki was brought to a Nari Niketan women’s shelter home. However, on December 11, she was admitted to a government hospital after complaining of pain in her abdomen. Ms. Pinki alleged that it was only after three days, when her health worsened, that she was taken to a hospital. She also alleged that after she was administered injections at the hospital, her bleeding worsened.

“I have had a miscarriage,” she claimed, a day after doctors and officials said that the foetus was intact but further examination was on. Ms. Pinki’s claim is yet to be medically ascertained.

On Monday, Nirmala Pathak, senior consultant at the district women’s hospital in Moradabad said the Ms. Pinki was referred to the Meerut Medical College for further tests like a TVS (trans vaginal scan). While the foetus was visible in the ultrasound, the heartbeat could not be observed clearly, Dr. Pathak had said.

Ms. Pinki is yet to get tested and says she preferred to visit a private hospital.

On Tuesday, Dr. Pathak dismissed Ms. Pinki’s allegations on the injections allegedly causing her suspected miscarriage. “The patient reported light spotting (bleeding) (with abdomen pain) and was given injections and pills to stop bleeding and relieve her pain,” said Dr. Pathak.

Recalling the incident on December 5, when she had planned to get her marriage registered, Ms .Pinki alleged that members of a right-wing group had handed over the couple to the police. Ms. Pinki, who works in a cloth showroom, also alleged that her mother was instigated to file a complaint against her husband by a right-wing group. Despite living with her husband since July, her family had not earlier intervened or objected, she claimed.

“We were living peacefully. I am happy with my husband,” she said, adding she had no problem in living as a Muslim.

Ms. Pinki said her original papers and documents were still at the police station and Nari Niketan.

Rajesh Chandra Gupta, District Probation Officer, denied allegations of mistreatment at the Nari Niketan. He said Ms. Pinki had not raised any grievance with any official, officer or magistrate while recording her statement.

Senior Superintendent of Police (SSP) Moradabad Prabhakar Chaudhary said the two accused men were under judicial remand and the case was being investigated.

“The girl’s statement given under Section 164 [of the CrPC] would be examined,” said the officer.

On the basis of evidence on completion of investigation, the police report under Sections 173 and 169 of the CrPC would be filed, the SSP added. 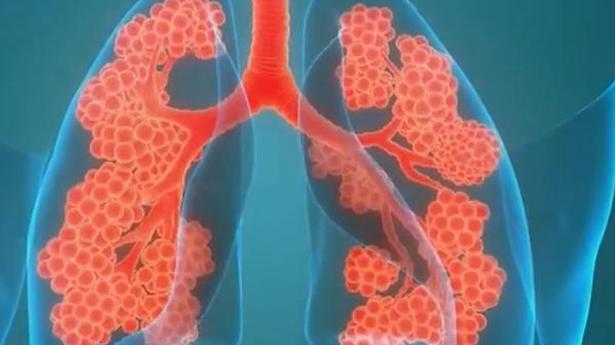