The Central Bureau of Investigation (CBI) has arrested a Junior Engineer in the Military Engineer Services (MES), Visakhapatnam, for allegedly demanding and accepting a bribe of ₹32.000 from the complainant.

The complainant was allegedly awarded contract with certain works worth ₹20,92,470 and he completed them. It was alleged that the complainant received ₹6 lakh against the first bill and submitted remaining bills to the office of AGE, B/R-II, MES, Visakhapatnam.

The complainant met the Junior Engineer to enquire about the pending bills, under whose supervision, the complainant executed the work of ₹4 lakh. The JE allegedly demanded ₹32,000 for certifying the bills and asked the complainant to pay the amount at his office.

It was also alleged that the accused told the complainant that if he failed to pay the amount, his remaining bill amount would be stopped by sending adverse observations.

The CBI laid a trap and caught the accused red-handed.

Searches were conducted at the office and residential premises of accused in Visakhapatnam and at Kovilpatty in Tamil Nadu which reportedly led to the recovery of incriminating documents.

The accused was produced before the Competent Court in Visakhapatnam and remanded in judicial custody for 14 days.

Attacks on temples: seers find no fault of govt. 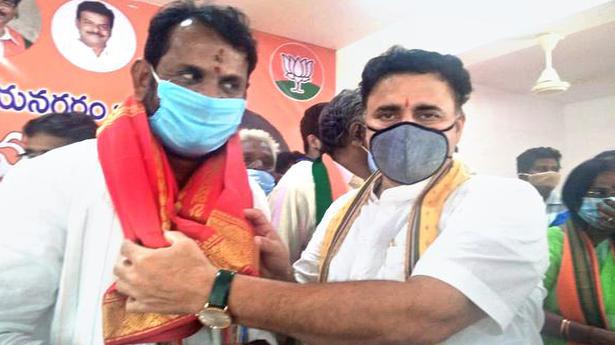 BJP will have no tie-up with TDP in future, says Deodhar