The chargesheet was filed at the Chief Judicial Magistrate Court, Ernakulam, on Thursday.

They were charged with Section 343 of the Indian Penal Code for wrongful confinement for three or more days; Section 348 for wrongful confinement to extort confession, or compel restoration of property; Section 323 for voluntarily causing hurt; Section 324 for voluntarily causing hurt by dangerous weapons or means; and Section 302 for murder. They were also booked for falsification of documents, forgery and destruction of evidences.

The CBI case is that the police officials murdered Rajkumar, an accused in a financial fraud case, while in custody.

Rajkumar, who was taken into custody on June 12, 2019, was kept in illegal detention at the Nedungandam police station till June 15 and brutally assaulted. Later, he was taken Idukki Taluk Hospital and Kottayam Medical College Hospital for treatment.

The police officials had threatened Rajkumar not to reveal to the magistrate about the torture he underwent at the police custody. Rajkumar, who was send to judicial custody on June 20, died the next day, according to the CBI.

Though the cause of his death was initially identified as pneumonia, a re-autopsy held revealed that he had sustained 22 injuries. A judicial commission probe had also unearthed evidences of brutal custodial torture.

The Kerala High Court had issued a set of new guidelines asking the judicial officers to look for instances of custodial torture when the accused were produced before them. The court had to frame the guidelines as lack of diligence on the part of the judicial officer resulted in the injuries inflicted on the accused by the police escaping her attention, it was noted.

The CBI said the investigation against former Idukki police chief Venugopal; Dy SP Shams and others, including jail authorities and doctors, will continue.

Mandis not an option for State: Agriculture Minister 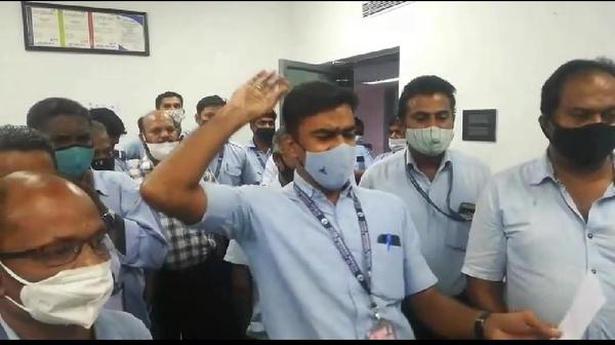 Pact signed for handing over of capital airport