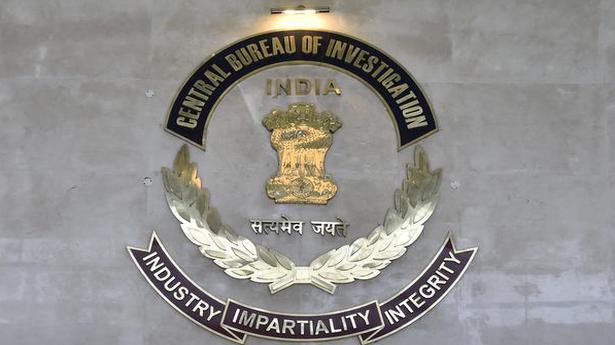 Last month, CBI booked the company and others for alleged bank fraud involving loans to the tune of ₹42.20 cr. taken from Bank of Baroda and PNB

The CBI has registered yet another case against Indore-based Soni Ispat Limited and others for allegedly cheating Bank of India (BoI) of ₹12.12 crore. The loan account was classified as a non-performing asset (NPA) in May 2011 and declared a fraud in June last.

Apart from the company, Rajiv Lochan Soni, Jagdish Chandra Naredi, Sharang Soni and Vijay Soni have been named as accused in the case.

The company is into manufacturing and supplying mild steel and stainless steel slabs. It had taken loans to the tune of ₹242 crore from different banks, including BoI.

In 2009-11, the company made huge irregularities related to issuance of Letters of Credit sanctioned by the bank in favour of Group Associate firms, Opal Tradimpex Private Limited and Amulya Exports Limited, alleged BoI.

The total amount of bills involved in the Letters of Credit transactions were of ₹8.01 crore. The high-value Letters of Credit were issued without any TIN/VAT/CIN number, registered office address and company seal stamp, etc. The FIR alleges that the modus operandi adopted was discounting of Letters of Credit in favour of non-existent or shell companies without actual movement of goods.

The bank later found that Opal Tradimpex had shown no sales turnover or purchases in 2008-09 and 2009-10, while the Letters of Credit were issued regularly by the bank. An audited balance sheet filed by Opal Tradempex with the Registrar of Companies for 2009-10 showed an outstanding of ₹12.59 crore with Metalman Industries Limited as sundry creditor.

The accused had shown an amount of ₹5.73 crore and ₹7 crore as loans and advances given by Opal Tradimpex to Amulya Exports and Soni Ispat.

Based on the findings, the bank alleged that Soni Ispat misappropriated the funds to clear payments towards the devolved Letters of Credit of the shell companies.

Last month, the CBI booked Soni Ispat and others for alleged bank fraud involving loans to the tune of ₹42.20 crore taken from Bank of Baroda and Punjab National Bank. Soni Ispat was promoted by the Metalman Group.

Community kitchens to be wrapped up by Wednesday