On the plus side. Years spent turning a small fortune into a large one at Goldman Sachs have taught Rishi Sunak how to speak to the Confederation of British Industry. Not for him, the long digressions about Peppa Pig World that punctuated Boris Johnson’s speech to the CBI conference this time last year. Rish! can talk their language: the language of management text books.

On the down side. Most of what the prime minister had to say was pure bollocks. In its own way, just as mindless as that of his predecessor. And by the time most of the delegates realised he had told them nothing of value – and certainly nothing they had really wanted to hear – he was long gone from the conference centre in Birmingham. Back in London, he was desperate to have a word with Jeremy Hunt, who everyone was now blaming for briefing the media that the government was finally about to do something sensible and negotiate a Swiss-style trade deal with the EU.

Still, at least Tony Danker, director general of the CBI, was happy. “You’re wasted as prime minister,” he enthused after Sunak had delivered his 10-minute “will that do?” jargon-filled monologue. “You should be one of us.” Rish! looked thrilled. There’s nothing he likes more than being liked. To be accepted. To be loved. It was hard to know who was the most deluded. Sunak for imagining he had said something important. Or Danker for being blinded by bullshit. When he comes to, he might just realise the prime minister had ignored his demands entirely.

Danker had got the conference under way with a short keynote speech in which he had seemed totally at odds with the government. What the UK wanted was more immigration. Business simply didn’t have the people to be fully productive. To grow the economy. And there had been nothing to address that in the previous week’s autumn statement. Trade as a percentage of GDP was pitiful. Everyone in the EU was doing better. As a challenge to Sunak it could hardly have been any clearer.

Only Rish! wandered on stage and ignored him entirely. Looking and sounding every bit like a 10-year-old let loose on a MBA course, Sunak delivered a speech with only a passing reference to the everyday realities of modern business. “I know things are tough,” he began, before promising to be bold, radical and decisive. Which were the last things he would actually prove to be.

What we needed was innovation. That alone would grow the economy. Innovation would bring down inflation. Innovation would lower the tax burden. It was, of course, pure nonsense. Desperate even. Last chance saloon. There was no way that innovation alone was going to get the UK through the next few years of recession.

Service industries and public services weren’t closing or falling apart because of a lack of robots. What they were crying out for was more staff. And not just immigrants with PhDs on golden visas. We also needed people with the relevant qualifications who wanted to work.

But Rish! was on a roll. The new Brexit freedoms were going to allow us to innovate more. He couldn’t say what those Brexit freedoms were, though. Largely because they were as yet unquantified. In the world of the Sunakered, Brexit is something to be taken on trust.

Instead, though, Rish! has chosen to follow the mirage. To carry on dreaming the dream. He wants there to be Brexit benefits so much that they must eventually make themselves known. All we have to be is patient. And as he’s running out of any real, tangible benefits on which to stake a claim, he’s moved on to the mystical. Innovation in something as yet unknown will unlock a bold Brexit future.

By the time he wrapped up, Sunak had begun to sound positively unhinged. Though seemingly making sense to the CBI inner sanctum. Rish! promised that he would innovate to make the NHS world-beating. Just reasonably functional would be a start. Or perhaps he’s just hoping to drive everyone into going private.

“There will be no innovation without the skills to innovate,” he concluded. Mystic Rish! Which is why we needed to tackle illegal immigration. What?

The media weren’t so easily smooth-talked. What was wrong with more immigration? Why be ideological about it when business needed more staff? “Because,” said Sunak. Because to be ideological was to be Brexit. If businesses just shut their eyes and innovated they would learn to operate on their own. We were in a post-human world. So what we really needed was to stop all the illegal migrants because that’s what people had voted for.

Rish! went further. There would be no Swiss deal. Hunt was a dead man even for thinking it. There was no honour in coming to a deal with the EU. We would never align with any regulation made in Brussels. Even if it was in our own interests. To Brexit is to endure the purity of suffering. To rediscover our essential Britishness. We must not make any trade deals with anyone. Because to agree something with foreigners is a sign of weakness.

Then he went full-on bonkers. “You, business, are the innovators. You are the ones who must tell government what to do,” he sang. Only the CBI had told him exactly what they wanted. They wanted to innovate with more immigration. Only Sunak had very loudly told them they couldn’t have it. They had to change their pre-Brexit mindsets. Go forth and innovate. Go figure. 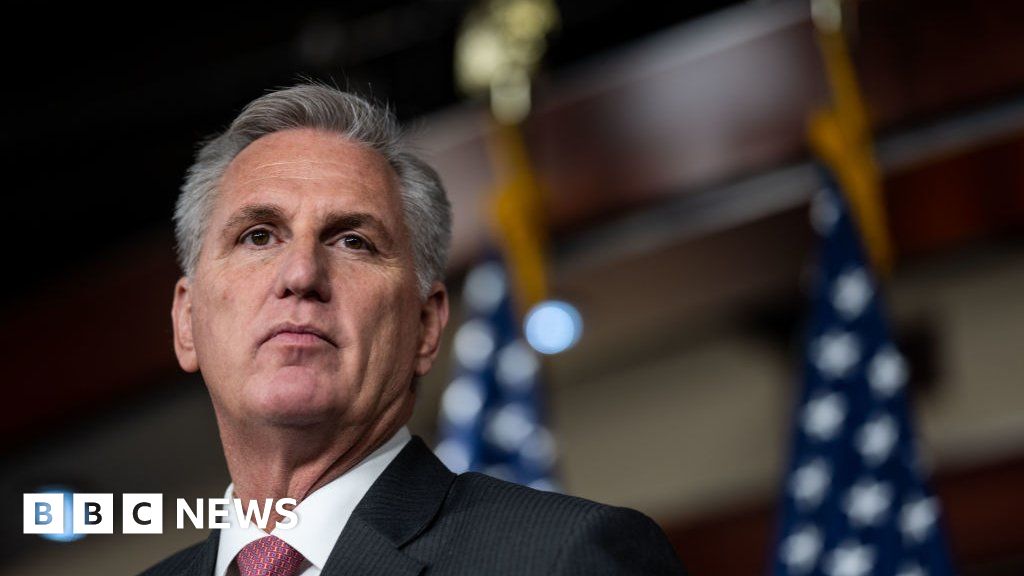 US midterms: Republicans narrowly win back the House

Putin should have come to face us, Rishi Sunak tells G20 leaders