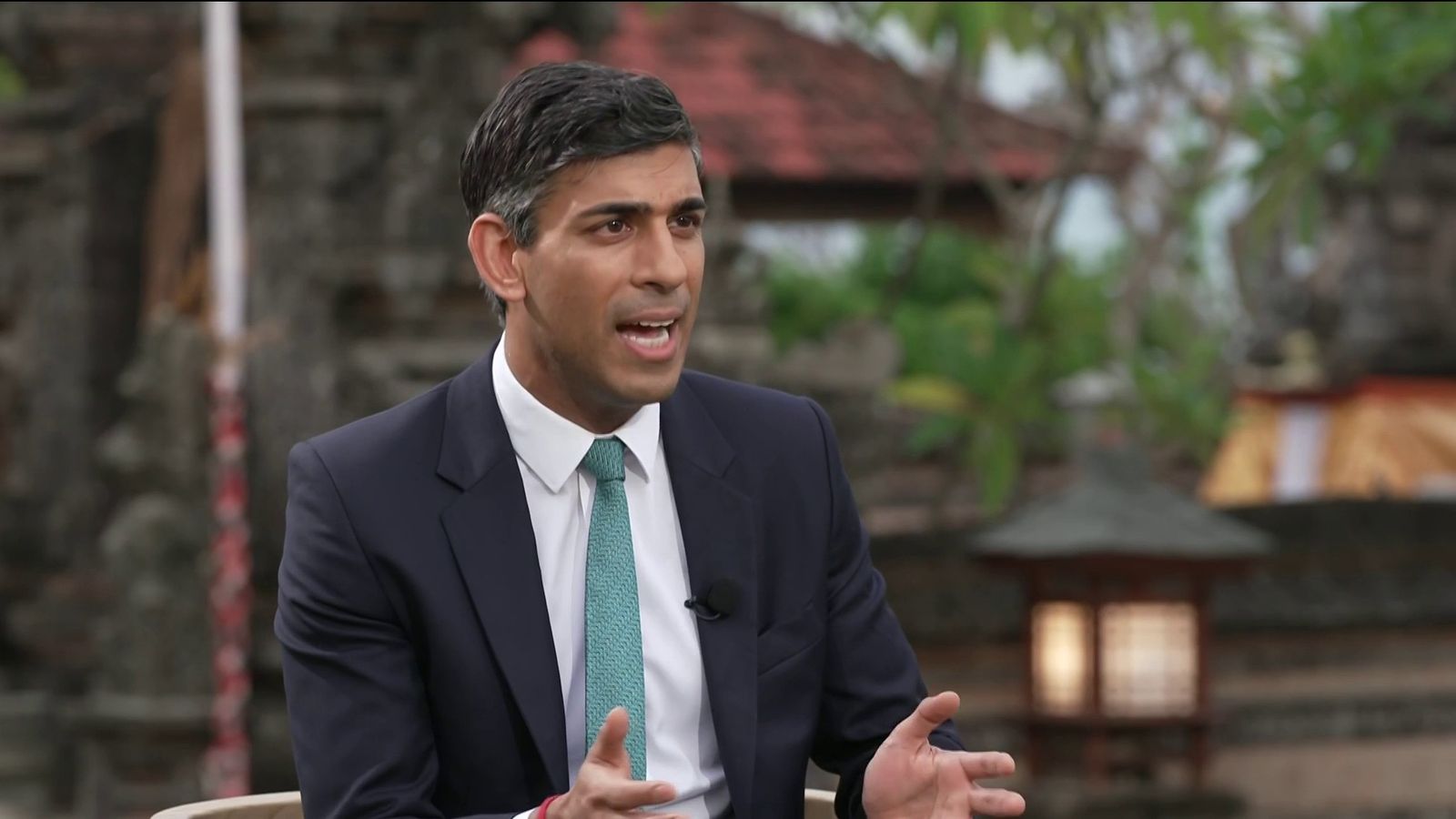 
Rishi Sunak’s meeting with Chinese President Xi Jinping has been called off, Downing Street has said.

The prime minister was set to hold a meeting with Mr Xi at the G20 summit in Bali on Wednesday morning, UK time, in what would have been the first time a British leader had faced him in almost five years.

However, the much-anticipated meeting was scrapped moments before it was set to take place due to scheduling issues, a Downing Street spokesman told Sky News.

An emergency meeting was scheduled instead between the leaders of NATO and the G7 nations after missiles were fired into Poland and killed two civilians on Tuesday night.

China is not part of the G7 so Mr Xi will not be in that emergency meeting.

There were suggestions the missile had been fired by the Russians into Poland, a NATO member, but US President Joe Biden appeared to suggest the missile may not have been fired from Russia.

An urgent investigation is taking place to determine who fired it.

Mr Sunak headed to the G20 summit on Sunday without confirmation he would meet Mr Xi and saying he was “hopeful” they would meet, but on Tuesday evening the bilateral was confirmed, before being called off.

On Tuesday, Mr Sunak told Sky News China “represents the single biggest straight threat to our economic security” and said his approach to Mr Xi would be “very similar to our allies”, such as the US and Australia.

Both western countries’ leaders have been more outspoken against China than the UK as they have had more direct friction over Taiwan for the US and potential illicit Chinese political influence in Australia.

Mr Sunak has been accused by critics, including from his own party, of softening his rhetoric against China since becoming PM after he took a tougher stance during the summer’s leadership campaign.

At the time, he accused Beijing of “stealing our technology and infiltrating our universities” while “propping up Putin’s fascist invasion of Ukraine”, bullying Taiwan and contravening the human rights of the Uyghurs and people in Hong Kong, as well as suppressing their currency to “continually rig the global economy in their favour”.

Downing Street had insisted Mr Sunak would have been “frank” during his meeting with Mr Xi and would raise China’s poor human rights record.

That will now not happen. G20: Rishi Sunak to set out global economic plan at summit – where he will face Putin’s right-hand man