The FBI has joined an investigation in Colorado Springs after a gunman killed five people and injured 25 others after opening fire within moments upon entering a LGBT+ nightclub on Saturday night.

Police and the district attorney’s office have named 22-year-old Anderson Lee Aldrich as a suspect. The suspect reportedly carried an AR-15-style rifle. Two firearms were recovered from the scene.

At least “two heroic people inside the club confronted and fought with the suspect” within minutes after he entered, according to chief Adrian Vasquez, speaking at a news briefing on Sunday.

Police responded within minutes after several 911 calls from the scene just before midnight on Saturday, when the club hosted drag performances and a DJ the day before the club would commemorate Transgender Day of Remembrance.

President Joe Biden urged members of Congress to reinsitute a ban on high-powered rifles like the AR-15-style weapon allegedly used in the attack. He also called on public officials to reject a “disturbing wave” of legislation designed to marginalise LGBT+ people as far-right activists and lawmakers continue to target drag events.

Everything we know about the mass shooting in Colorado Springs

A gunman killed five people and injured 25 others during a mass shooting inside a LGBT+ nightclub in Colorado Springs on 19 November.

The attack has devastated Club Q, which has operated as safe haven for the city’s LGBT+ community since it opened 21 years ago.

Here is what we know so far as the investigation begins and the city mourns:

Rachel Levine, assistant secretary for health at the US Department of Health and Human Services, is one of only a few openly transgender government officials in the US and the first to hold an office that requires Senate confirmation.

In a statement on Sunday, she said that “Transgender Day of Remembrance is a solemn day to remember those we have lost as a result of transphobia. In this land of the free that so many advocates have fought and died for, we should all have the right to live our lives authentically.

“President Biden and the whole administration supports us, and supports an equitable future,” she added. “I call on you all to put aside your differences and stand for love and acceptance in honor of those we have lost to violence and hate.”

Suspect may be family of Republican legislator, Facebook posts show

The Colorado shooting suspect may be the grandson of a Republican state legislator who praised the Capitol riot, according to public records and social media posts.

A man with the same name and age as the suspect – 22-year-old Anderson Lee Aldrich – is listed as having lived at the same address as 45-year-old Laura Voepel, who was identified by The New York Times as his mother.

Ms Voepel, in turn, is listed as a relative of California assemblyman Randy Voepel, 72, who said of the Capitol riot: “This is Lexington and Concord. First shots fired against tyranny.”

In a string of Facebook posts first reported by the news website Heavy, a Colorado resident by the name of Laura Voepel referred to Randy Vopel as “Dad” and “my father”, at one point telling him to “keep up the good work”.

We’ve asked Randy Voepel and his office for comment, but haven’t heard back yet. Phone numbers listed as belonging to Ms Voepel were either out of service or did not pick up.

Suspect has not talked with authorities, according to police chief

The suspect accused of killing five people and injuring 25 others has not spoken with investigators and did not speak at the scene of the crime, according to Colorado Springs Police Department chief Chief Adrian Vasquez in and interview with The New York Times.

He said the shooting spree lasted roughly one minute, just enough time to kill several people and injure two dozen others. The suspect was subued by customers inside the club moments before police arrived.

The owners of Club Q told The New York Times that the suspect arrived at the club on Saturday night with “tremendous firepower” inclugin six magazines of ammunition before he opened fire inside.

The suspect wore a military-style flak jacket, according to the owners, who reviewed surveillance video from the shooting.

Police arrived within minutes; at least two customers inside the club had subdued the suspect, with one person quickly grabbing a gun away from him and pinning him to the ground. When police arrived, the man was still on top of the gunman, according to Mayor John Suthers.

Club Q has been a “safe space” for the Colorado Springs LGBT+ community for more than two decades, they said.

Ahead of a game against the Las Vegas Raiders on Sunday, Colorado NFL team the Denver Broncos announced a moment of silence “remembering the lives lost” in the massacre.

“Our hearts go out to the victims of the senseless act of violence that occurred last night in Colorado Springs,” the organisation accounced, sharing the team’s logo in rainbow colors. “There is no place for hate, and we stand with the LGBTQ+ community and all impacted. We will hold a moment of silence before today’s game remembering the lives lost.”

Fifteen victims are being treated at two hospitals as of Sunday afternoon, according to officials

Twenty-five victims were injured in the shooting, officials said

A former regular at Club Q who lives near the club stopped going “because of the growing hatred for our community that started in the Springs,” they told NBC News.

“The numbers thinned out at the club naturally with Covid, but I think people began to fear for their safety again, like they did back in 2016 when Pulse happened,” he said. “You can just feel it. As a community, being through so much grief and so much loss after so many years, it’s almost like you can feel tragedy coming.”

In a post on Facebook, Grey said that “the devastation felt by our community in the wake of the Club Q shooting that occurred this weekend will never be healed.”

“But instead of leaning into this devastation and allowing it to be all consuming, I choose to do what my community has always done … pull together and fight back,” Grey added. “I choose to push forward and show that the fear we were told to feel will not be accepted here, not in this city, not in this country, and not by the LGBTQ community. We demand justice, we demand answers, and we grieve for those who we have lost in the wake of evil. Together we are strong, and we will show up for each other, and our futures.”

AOC rebukes Lauren Boebert: “You don’t get to ‘thoughts and prayers’ your way out of this”

Alexandria Ocasio-Cortez criticised Lauren Boebert after the Colorado congresswoman demanded an end to “lawless violence” after a 22-year-old gunman allegedly opened fire inside a LGBT+ nightclub in his district, killing at least five people and injured 25 others.

“You have played a major role in elevating anti-LGBT+ hate rhetoric and anti-trans lies while spending your time in Congress blocking even the most common sense gun safety laws,” the New York congresswoman said. “You don’t get to ‘thoughts and prayers’ your way out of this. Look inward and change.”

“And now after an anti-LGBT+ campaign, Colorado Springs. Connect the dots, @GOP,” she wrote.

President Joe Biden has reiterated his belief that America must reinstitute an assault weapons ban after an AR-15 was used in a mass shooting once again; this time, in the attack on a gay nightclub in Colorado Springs.

The president issued a statement on Sunday decrying the violence as “senseless” and adding that while police had yet to officially name a motive for the suspect’s rampage, it was clear that LGBT+ establishments and individual Americans were facing a wave of renewed hate from the far right. 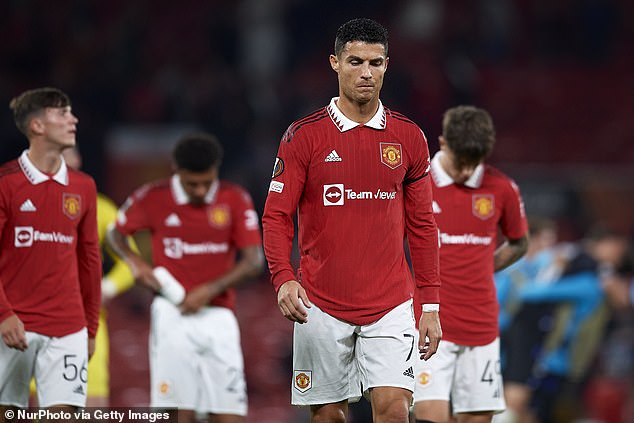