At least five persons were killed and 18 others sustained injuries when the 22-year-old suspect stormed into an LGBT+ nightclub just before Saturday midnight and opened fire with an AR-15-style rifle.

The suspect was taken down by an army veteran with the help of a trans woman who stomped on the suspect. “It’s the reflex,” Rich Fierro told reporters on Monday evening.

He said after recognising the shooter, he ran across the room, grabbed his weapon, and pulled him to the floor.

Mr Fierro said he then “proceeded to take his other weapon, a pistol, and just started hitting him wherever I could, but the armour was in the way.”

The police on Monday named the victims along with their pronouns. They have been identified as Kelly Loving, Daniel Aston, Derrick Rump, Ashley Paugh and Raymond Green Vance.

The investigation into the Club Q attack in Colorado Springs is in its early stages, but investigators seem to be focused at this point on how the gunman obtained the assault rifle and why he opened fire.

Colorado officials have successfully argued to have all the evidence supporting the charges brought against 22-year-old Anderson Lee Aldrich, which includes five counts of murder and five counts of committing a bias-motivated crime that caused bodily harm, be sealed. The officials argued that releasing details would jeopardise the ongoing investigation.

Police identify victims ‘by how they identified themselves’

In a rare move, the Colorado Springs police department identified the victims of the mass shooting by how they “identified themselves” using their preferred pronouns.

“We respect all of our community members, including our LGBTQ community,” Colorado Springs Police Chief Adrian Vasquez said on Monday.

Mr Vasquez then read out their names along with their pronouns.

How did the Colorado Springs gunman get his firearms?

In June 2021, Anderson Lee Aldrich walked out of the front door of a house in Colorado Springs with his hands in the air after a stand-off with police.

Authorities arrested him for felony menacing and first-degree kidnapping after his mother alleged that he had threatened her with a homemade bomb and other weapons.

What’s more, media reports suggest that the weapons wielded during the attack – a semi-automatic rifle and a handgun – were purchased legally.

That was despite various state laws designed to stop dangerous people from getting hold of such weapons.

Hundreds of people, many holding candles and wiping away tears, gathered Monday night in a Colorado Springs park to honor those killed and wounded when a gunman opened fire on a nightlife venue that for decades was a sanctuary for the local LGBT+ community.

At Monday night’s vigil, people embraced and listened as speakers on a stage expressed both rage and sadness over the shootings.

Jeremiah Harris, who is 24 and gay, said he went to the club a couple times a month and recognized one of the victims as the bartender who always served him.

Hundreds of people, many holding candles and wiping away tears, have gathered in a Colorado Springs park to honor those killed and wounded when a gunman opened fire on a nightlife venue that for decades was a sanctuary for the local LGBTQ community

Fox News host Tucker Carlson played down the anti-LGBT+ hate that appears to be behind the mass shooting at a Colorado Springs gay club.

In the wake of the mass shooting, the right-wing news presenter brushed off the gunman’s motive, suggesting that the suspect was “clearly a troubled person”.

“So the most obvious question is why did he shoot 30 people? The truth is we don’t know,” he said during The Tucker Carlson Tonight show on Monday.

The five victims who lost their lives in a mass shooting at a Colorado Springs LGBTQ nightclub have been identified.

Police initially said 25 were wounded in the attack, but revised the figure down to 18 on Monday. Many suffered horrendous injuries and face a lengthy recovery.

The shooting sparked renewed calls for stricter gun laws and mourning throughout the LGBT+ community, which has been warning since the start of this year that increasingly violent political rhetoric about LGBT+ people could lead to deaths.

Here is what we know so far about the five victims of the Colorado Springs shooting.

In his press conference this afternoon, Colorado Springs police chief Adrian Vasquez made a point of listing the victims according to their gender identities, rather than whatever may have been on their official records.

“We respect all of our community members, including our LGBTQ community. Therefore we will be identifying the victims by how they identified themselves, and how their families have loved and identified them,” Mr Vasquez said.

He then listed the names of the victims alongside their pronouns.

Trans people frequently go through life with the wrong gender recorded on their birth certificates, passports, or other government records, often due to high barriers or costs to changing such documents.

‘I just started waling away with his gun’

US army veteran Richard Fierro has given an emotional account of his bravery during the shooting, my colleague Oliver O’Connell reports.

Speaking to John Berman on the network on Monday night, Mr Fierro described what happened when the shooter began firing in Club Q on Saturday night.

He recognised that the shooter, 22-year-old Anderson Aldrich, was wearing a flak vest which has a handle on it and ran across the room, grabbed it, and pulled him to the floor.

Another person helped Mr Fierro bring Mr Aldrich to the ground and he told them to push the AR-15 rifle away.

“I then proceeded to take his other weapon, a pistol, and just started hitting him wherever I could, but the armour was in the way,” said Mr Fierro. “I found a crease between his armour and his head and I just started waling away with his gun.”

How did the Colorado shooter get his guns?

How exactly did the alleged shooter get hold of his weapons despite Colorado’s ‘red flag’ law? The answer reveals various potential loopholes in the state’s gun laws.

Media reports suggest that the weapons wielded during the attack – a semi-automatic rifle and a handgun – were purchased legally, despite the suspect’s previous arrest in June 2021 for allegedly threatening his mother with a home-made bomb.

Though we don’t know exactly how the guns were bought, it is notable that the local sheriff’s office is opposed to Colorado’s “red flag” gun law and has declared itself a “Second Amendment Sanctuary”.

A former Army captain tackled the 22-year-old gunman who opened fire on an LGBT+ nightclub in Colorado Springs and beat the suspect unconscious as a drag queen in heels stomped on him.

Richard Fierro, 45, told the New York Times he was with family and friends at Club Q on Saturday night when the suspect burst in and began spraying the club with automatic gunfire.“I just knew I had to take him down,” Mr Fierro said.

As the army veteran shouted at others for help, he said that a patron moved the gunman’s rifle out of reach and a drag dancer began stomping on the suspect with her high heels.

Revealed: half of English police forces fail to meet standards in crime investigations

Texas, Mexico out of sync in border time change 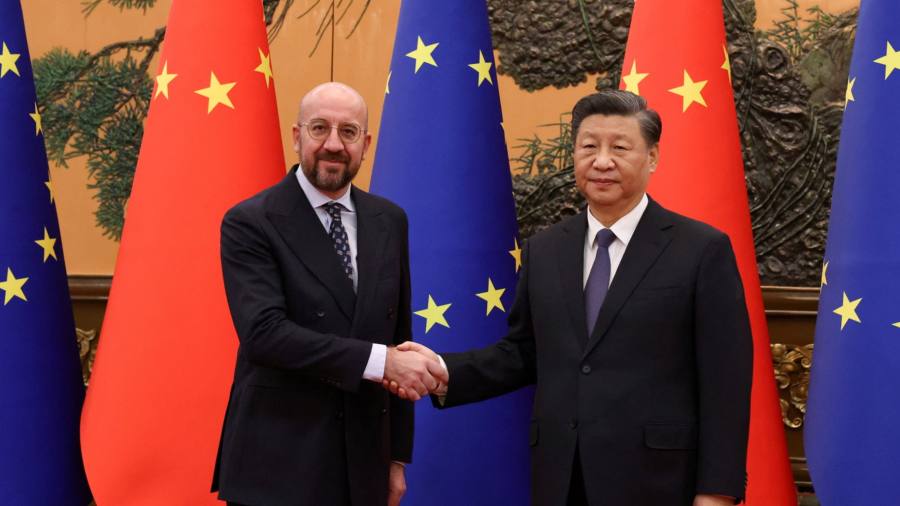