Colorado Springs shooting suspect Anderson Lee Aldrich wanted to be the “next mass killer” and go out “in a blaze”, according to past arrest records.

Over one year before the 22-year-old allegedly killed five victims in a mass shooting at LGBT+ nightclub Club Q, Aldrich was arrested for making an alleged bomb threat. No charges were filed, and the case was sealed.

Records have surfaced showing that the accused shooter’s grandmother told police that they said they were “going to be the next mass killer and has been collecting ammunition, firearms, bullet-proof body armour and storing it in the basement of the residence”.

Aldrich, who allegedly identifies as nonbinary, is now facing preliminary charges including five counts of murder along with five charges of committing a bias-motivated crime causing bodily injury over Saturday night’s massacre.

Aldrich’s father has sparked outrage after he said his first reaction on being informed of the mass shooting was to question why his child was at a gay bar.

Fox News host Tucker Carlson has come under fire for dismissing the likelihood that anti-LGBT+ hate was behind the mass shooting at a Colorado Springs gay club where five persons were killed and another 18 sustained injuries.

In the wake of the mass shooting, the right-wing news presenter brushed off the suspect’s motive, suggesting that Aldrich was “clearly a troubled person”.

“So the most obvious question is why did he shoot 30 people? The truth is we don’t know,” he said during The Tucker Carlson Tonight show.

“We do know he was clearly a troubled person,” Mr Carlson said, adding that the suspect was arrested in 2021 for threatening his mother with a homemade bomb.

Following the Saturday midnight shooting, Ms Boebert tweeted that the “news out of Colorado Springs is absolutely awful”.

“This morning the victims and their families are in my prayers. This lawless violence needs to end and end quickly,” she added.

Alisha Rahaman Sarkar has the story.

Why the hell can’t America end this deadly gun violence?

How are you supposed to feel when a man walks into an LGBT+ nightclub in Colorado Springs and opens fire, killing five and injuring 20 others?

Horror, for sure, and admiration for the persons who confronted the alleged shooter before he destroyed even more lives.

The same goes for when you wake to news that six people are dead in a Walmart in Chesapeake, Virginia, after an employee opened fire late at night, grievously injuring half-a-dozen others, before turning the weapon on himself.

But alongside the sympathy for the victims, are two other emotions that bubble up and will not go away. And they are anger and outrage, writes Andrew Buncombe.

‘Master of Silly Business’ among 5 dead in Colorado shooting

On a typical night at the Club Q, a bastion for LGBTQ people in the largely conservative city of Colorado Springs, Daniel Aston could be seen letting loose and sliding across the stage on his knees tailed by his mullet to whoops and hollers.

The venue provided Aston, a 28-year-old transgender man and the self-proclaimed “Master of Silly Business,” with the liberating performances he had long sought. But on Saturday it became the site of the latest mass shooting in the U.S. when a gunman with an semiautomatic rifle opened fire and killed Aston and four others. Twenty-five others were injured.

Jess Bedayn has the story.

The suspected gunman facing possible hate crime charges in the fatal shooting of five people at a Colorado Springs gay nightclub has been ordered to be held without bail.

In an initial court appearance yesterday the suspect sat slumped over in a chair with injuries visible on their face and head.

Anderson Lee Aldrich, 22, who identifies as non-binary, appeared to need prompting by defence lawyers during a brief video appearance from jail.

The suspect was beaten into submission by patrons during the shooting at Club Q and released from hospital on Tuesday.

The motive in the shooting was still under investigation, but authorities said Aldrich faces possible murder and hate crime charges.

A loving boyfriend. A 28-year-old bartender who loved to perform. A mother visiting from a small town who enjoyed hunting. These are among the victims of the rampage at an LGBTQ club in Colorado Springs that left five people dead and 17 others with gunshot wounds.

Club regulars and newcomers — gay and straight, transgender and cisgender — flocked to Club Q over the weekend to dance, enjoy a comedy show or work behind the bar. What began as a typical Saturday evening of dancing and drinking at the preeminent LGBTQ establishment in the conservative-leaning Colorado city south of Denver ended in tragedy when a gunman entered and began spraying bullets before they were tackled and subdued.

More details in our full story.

Of the 17 people injured by gunshots in Saturday’s attack, 11 remained in the hospital as of yesterday night, officials said.

At least five people were killed when 22-year-old Anderson Lee Aldrich stormed inside an LGBT+ nightclub and opened fire with an AR-15-style rifle.

The suspect was taken down by an Army veteran named Richard Fierro with the help of fellow patrons.

How did the Colorado Springs gunman get his firearms despite the state’s ‘red flag’ law?

In June 2021, Anderson Lee Aldrich walked out of the front door of a house in Colorado Springs with their hands in the air after a stand-off with police.

Authorities arrested them for felony menacing and first degree kidnapping after their mother alleged that they had threatened her with a homemade bomb and other weapons.

What’s more, media reports suggest that the weapons wielded during the attack – a semi-automatic rifle and a handgun – were purchased legally.

Police released the booking photos of Anderson Lee Aldrich, who is accused of fatally shooting five people and wounding numerous others in a Colorado Springs LGBT+ nightclub over the weekend.

The photos show Aldrich, who identifies as nonbinary, with numerous apparent wounds to the face and neck.

According to clubgoers, multiple patrons at Club Q tackled the 22-year-old and managed to wrestle away the AR-style rifle they were carrying.

Marjorie Taylor Greene was back causing controversy this week after she chose her response to the mass shooting at an LGBT club in Colorado as a means for attacking Joe Biden on unrelated issues.

Ms Greene’s two-tweet thread addressing the attack that saw five killed and more than a dozen wounded surprised few; the tweets did not address the significance of the target nor the wave of hate that right-wing political figures have directed at LGBT people and transgender Americans in particular over the past few years.

“Tragically, 300 Americans die of fentanyl poisoning everyday in America and Biden says and does nothing. Tragically, 5 people were killed in a shooting in Colorado and Biden immediately demands a ban on assault weapons,” she wrote.

She added: “The solutions are this: 1. Secure the border and stop the drugs. 2. Defend our right to keep and bear arms so that people can defend themselves from killers who could care less about laws.“

John Bowden has the story. 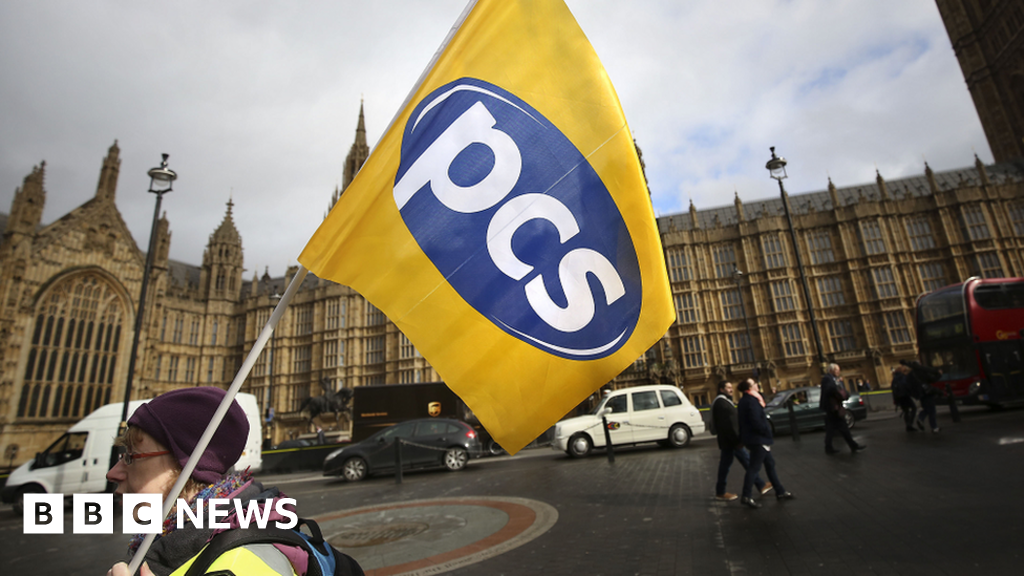 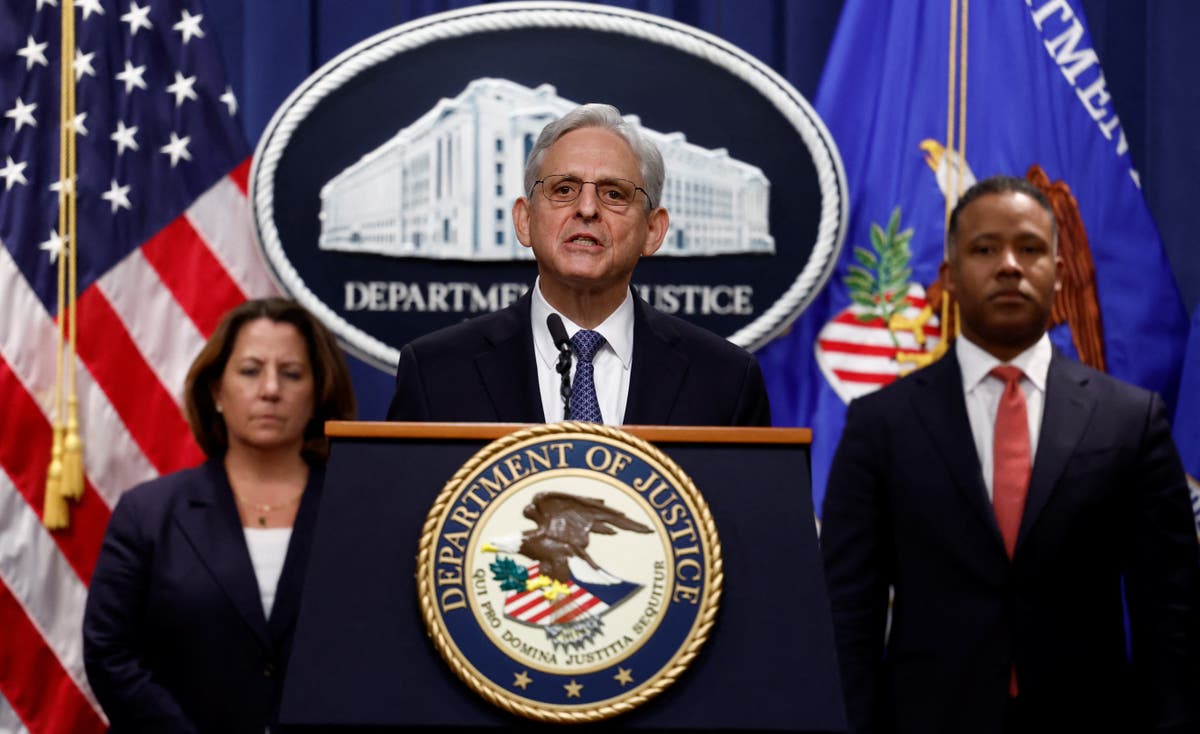