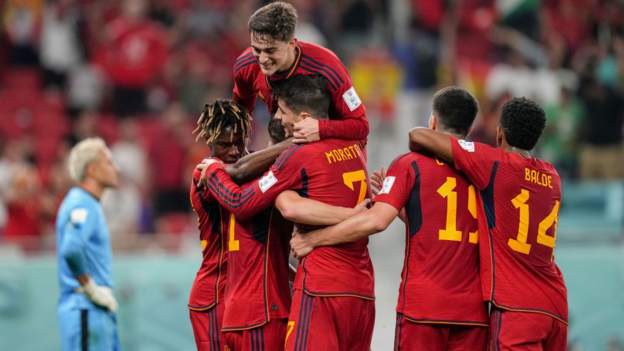 
Whatever England can do, Spain can do better… but does thrashing hapless opposition in your opening game really turn anyone into instant World Cup contenders?

That should come in their next match, on Sunday against a Germany side who will be fighting for their future in this tournament after their shock defeat by Japan.

There was still much to savour for Spain and their supporters at Al Thumama Stadium, of course, especially Gavi’s delicious volley to make it 5-0, but it was evident from the start that this was a giant mis-match and the scoreline reflected the huge gulf between the two sides.

Costa Rica were the last team to qualify for Qatar, thanks to a play-off victory over New Zealand in June, but barring a huge improvement they look likely to be one of the first teams to be eliminated.

Spain ripped through them far too easily, sometimes straight down the middle of the pitch, and the game was finished as a contest after barely half an hour when Ferran Torres converted a penalty to make it 3-0.

They kept coming forward in waves in the second half and more goals followed even after Enrique made a raft of changes – like England some of their substitutes got involved in the scoring.

Costa Rica were not just out-passed – they managed 241 to 1,043 – they were also outclassed, and failed to muster a single shot at goal. The closest they got to that was four touches in the Spain area, two in each half.

Former England defender Gary Neville saw those sorry statistics as more of a sign of how bad the 2014 quarter-finalists were, rather than how good Spain were.

“Well done to Spain they’ve done their job,” Neville said on ITV. “I didn’t think Costa Rica could get any worse in the second half but they surpassed their first-half performance. They were hesitant. They were a mess.

“I can’t just measure Spain at all on that. Costa Rica are the first team in 32 years to not have a shot at goal, that can’t happen.

“They’ve had multiple World Cups. There was nothing out there today. I have no idea what’s just happened.

“Spain keep the ball, we know that, but that is as bad as it gets for a team that has got a lot of experience.”

Former England goalkeeper Rob Green added on BBC Radio 5 live: “Spain have been brilliant but I’m tempted to say this game won’t tell us a lot about them in this tournament. The strength of the opposition, Costa Rica really haven’t made it difficult.

“They made it a walk in the park for Spain. Realistically, the substitutions Spain made in the second half, they were blooding youngsters, resting old legs; Costa Rica knew the game was up.”

‘The perfect performance’ by Spain

You could argue, of course, that not allowing your opposition a sight of goal while scoring seven yourself is not to be sniffed at, and Spanish football expert Guillem Balague preferred to focus on the positives for Spain.

Balague told 5 live: “It was just the perfect performance, you could see after three goals Costa Rica had given up.

“We’re talking about the same kind of level. They are, at the moment it seems, ahead of the rest.”

Maybe we are better off not thinking about what the size of this Spain victory means and instead focus on the fact they have, for once, got their World Cup off to a winning start.

They had lost their opening match at their previous three tournaments, including in South Africa 2010 where they went on to win it – and it was clearly unwise to jump to any early conclusions about their prospects back then.

It is Germany and Argentina who have been upset this time and, in a tournament that has been full of shock results in its first few days, Spain’s young stars like Gavi and Pedri instead sent out a statement of intent that they could be the ones causing some surprises in the coming weeks.

Green: “It’s what Spain needed. Coming into this tournament they had a few questions, young players coming in, can they find and come up with answers? Well, it’s been a perfect training session for them because that’s pretty much what it has been.

“It’s not been a contest, it’s been a warm up. There will be bigger games to come but if you’re getting more than 1,000 passes in a game, then that’s an incredible achievement.”

What was the Spanish verdict?

Understandably, Spain’s players seemed pretty pleased with their performance, as well as the outcome.

Dani Olmo, who opened the scoring with what was Spain’s 100th World Cup goal, said: “I don’t think it was a question of Costa Rica being bad. It was about our team being strong.

“I think the win was what we were due. We deserved to win after taking the game to them. I think our team is strong and that is the path that we need to follow. It was a confidence boost for sure.”

But managers are rarely satisfied so easily and, just as England boss Gareth Southgate hailed his side’s attacking display against Iran but was unhappy at seeing them concede a couple of late goals, Spain boss Enrique called his team “exceptional” – before adding they can do better next time.

“Our objective is to continuously dominate the play, and for that you have to have the ball,” Enrique told TVE.

“Your opponent gets tired and can’t get into it, our pressing was exceptional and the 16 players we used were superb – although we still have room to improve.”

Get the latest results and goal notifications for any team at the Fifa World Cup by downloading the BBC Sport app: Apple – Android – Amazon 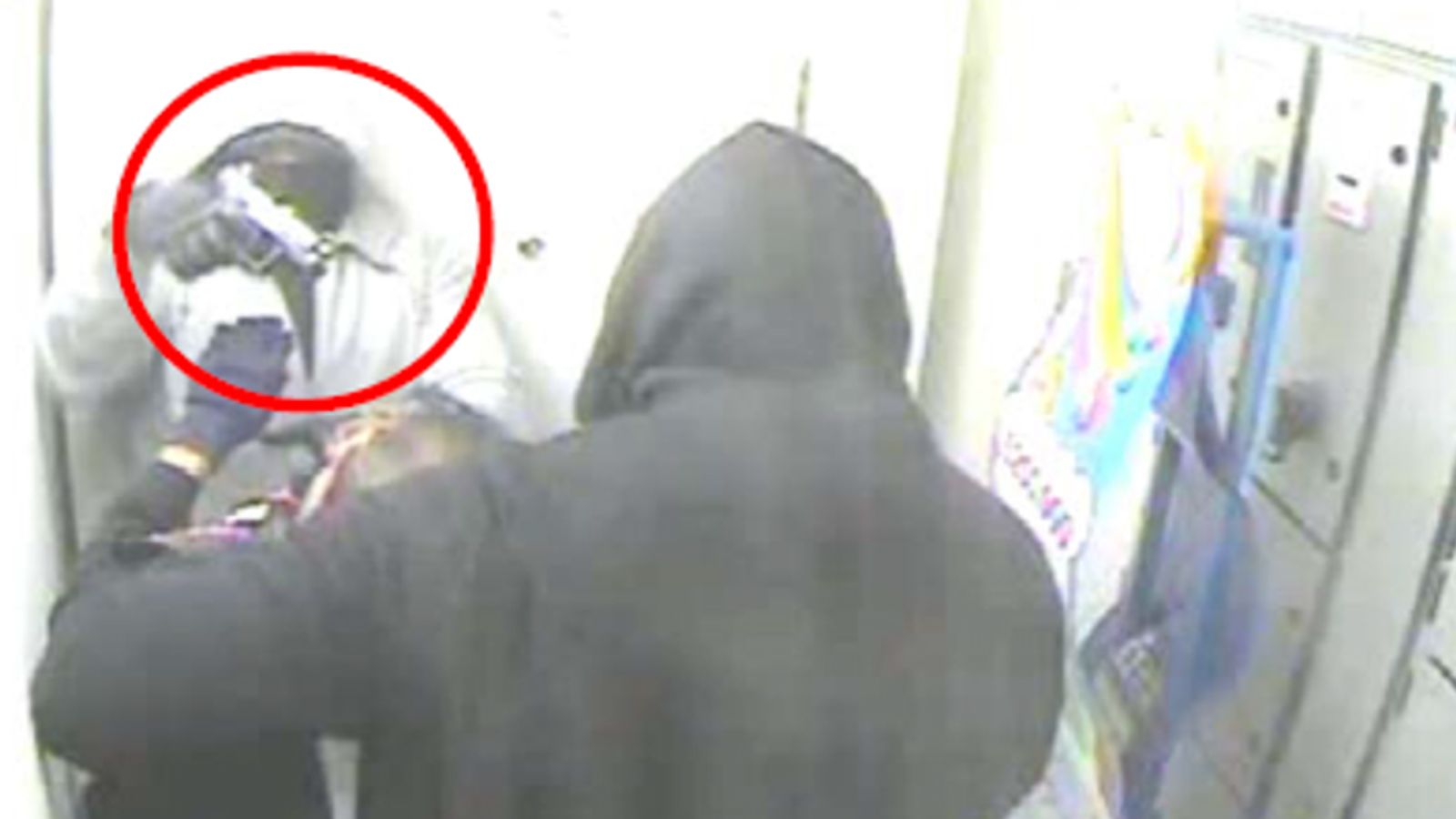