The head of Russia’s state-run atomic energy agency, Rosatom, has warned of the risk of a nuclear accident at Ukraine’s Zaporizhzhia nuclear power plant.

The plant is at risk of a nuclear accident. We were in negotiations with the International Atomic Energy Agency (IAEA) all night.

Rosatom has controlled the nuclear facility, Europe’s largest, since President Vladimir Putin ordered the formal seizure of the plant.

Likhachev’s warning came amid renewed shelling of the Zaporizhzhia plant, following reports from the IAEA that powerful explosions had shaken the area on Saturday night and Sunday.

More than a dozen blasts have been reported from apparent shelling, with damage to some buildings, systems and equipment, but “none so far critical for nuclear safety”, the IAEA said.

Moscow and Kyiv have blamed each other for the attacks. Likhachev accused Ukraine of being willing to “accept” a “small nuclear incident”, adding:

This will be a precedent that will forever change the course of history. Therefore, everything must be done so that no one has in their minds to encroach on the safety of the nuclear power plant.

Ukraine’s prosecutor general office has said its officials have identified four locations where Russian forces tortured detainees in Kherson city before its troops withdrew from the southern Ukrainian city earlier this month.

In an update posted on Facebook, it said officials had inspected “four premises” where Russian troops “illegally detained people and brutally tortured them”.

It said Russian forces “set up pseudo-law enforcement agencies” in pre-trial detention centres and a police station in the captured city.

Parts of rubber batons, a wooden bat, a device used by the Russians to torture civilians with electric shocks, an incandescent lamp and bullets from the walls were recovered. People in cells and basements were subjected to various methods of torture, physical and psychological violence.

Inside the basement of one of the sites, officials “discovered part of a metal-plastic pipe, handcuffs”, it said.

The US defence secretary, Lloyd Austin, said Ukraine was in a “much better condition” than Russia to keep fighting through the winter.

Speaking during a press conference in Indonesia, Austin said:

We’ve done a lot to try to prepare the Ukrainians to be prepared for a fight in the winter, and enable them to continue to keep pressure on our adversaries throughout the winter months.

He added that it was “hard to predict how things will evolve and on what timeline, but we’re in this in support of Ukraine for as long as it takes”.

The Kremlin has said there are no plans to call up more Russian soldiers to fight in Ukraine through a second round of mobilisation.

Asked about the potential for a new round of mobilisation, Kremlin spokesperson Dmitry Peskov said:

I can’t speak for the defence ministry, but there are no discussions in the Kremlin about this.

A Ukrainian official has said the shelling of the Zaporizhzhia nuclear power plant is a Russian tactic that aims to disrupt power supplies and “freeze Ukrainians to death”.

Strikes on the plane on Saturday and Sunday amount to a “genocidal campaign to freeze Ukrainians to death, to deprive Ukrainians of electricity”, said Yuriy Sak, an adviser to Ukraine’s defence minister.

Russia is trying to “freeze the front” because they “are not achieving anything on the battlefield and they’re desperately looking for a way to achieve what they call an operational pause on the front”, he told BBC Radio 4’s Today programme this morning.

He said there would be “no pause from our side” and that Ukraine will continue its recent counter-offensive.

Moscow and Kyiv have blamed each other for the attacks on the Zaporizhzhia facility in south-east Ukraine, which is Europe’s largest nuclear power station and has been under Russian control since March.

President Volodymyr Zelenskiy and his wife, Olena, have been pictured attending a commemoration ceremony in Kyiv at a monument to the so-called “Heavenly Hundred” for the people killed during the Ukrainian pro-EU mass demonstrations in 2013/2014.

The time in Kyiv is 1pm. Here is a round-up of the day’s headlines so far:

That’s it from me, Tom Ambrose, for today. My colleague Léonie Chao-Fong will be along shortly to continue bringing you all the latest news from Russia’s invasion of Ukraine.

President Volodymyr Zelenskiy marked Ukraine’s annual Day of Dignity and Freedom on Monday by celebrating the sacrifices made by Ukrainian people since Russia’s invasion and said his country would endure and prevail.

In a video address to the nation, Zelenskiy hailed the contributions made by Ukrainians, from soldiers, firefighters and medics to teachers giving online lessons, villagers cooking for the military, tailors sewing uniforms and farmers ploughing their fields despite the risk.

“We can be left without money. Without gasoline. Without hot water. Without light. But not without freedom,” Zelenskiy said in an address that he delivered standing in an ornate room in the presidential palace in the capital, Kyiv.

The Kremlin also said that it would bring to justice those responsible for the alleged execution of Russian prisoners of war in Ukraine and that it would do everything possible to draw attention to what it has claimed is a war crime.

“There is no doubt that Russia itself will be looking for the perpetrators of this crime. They must be found and punished,” Kremlin spokesman Dmitry Peskov told reporters.

Ukraine’s deputy prime minister for European integration was quoted by the Associated Press as saying that Kyiv would investigate the video but that it was “very unlikely” it showed what Moscow claimed.

A spokesperson for the UN Human Rights Office told Reuters it was looking into the footage and called for allegations to be investigated promptly and in full.

The Kremlin has said it was concerned by what it claimed was repeated Ukrainian shelling of the Zaporizhzhia nuclear power plant. It called on global powers to ensure that Kyiv ceased attacks on Europe’s largest nuclear power station.

Ukraine’s Zaporizhzhia nuclear power plant, which is under Russian control, was rocked by shelling on Sunday, drawing condemnation from the UN nuclear watchdog which said such attacks risked a major disaster.

“This cannot but cause our concern,” Kremlin spokesman Dmitry Peskov told reporters. “We call on all countries of the world to use their influence so that the Ukrainian armed forces stop doing this.”

Ukraine says it was Russia that shelled the plant. Reuters was unable to independently verify which side was responsible.

A new training centre for Ukrainian troops in the central Spanish city of Toledo will start operating at the end of November, Spain’s prime minister, Pedro Sánchez, told the Nato parliamentary assembly.

Ukraine has exported almost 16.2m tonnes of grain so far in the 2022-23 season, down 31.7% from the 23.8m tonnes exported by the same stage of the previous season, agriculture ministry data showed.

After an almost six-month blockade caused by the Russian invasion, three Ukrainian Black Sea ports were unblocked at the end of July under a deal between Moscow and Kyiv brokered by the United Nations and Turkey.

Ministry data showed that 3m tonnes of various grains were exported in the first 20 days of November, 29.7% less than in the same period of November 2021.

The government has said Ukraine could harvest between 50m and 52m tonnes of grain this year, down from a record 86m tonnes in 2021 because of the loss of land to Russian forces and lower yields.

Ukrainians living in the capital, Kyiv, are preparing for the “worst winter of their lives” with temperatures set to plummet and the nation’s power grid a target for Russian attacks.

Here is an extract from an Associated Press article today:

When the power is out, as it so often is, the high-rise apartment overlooking Ukraine’s war-torn capital feels like a deathtrap. No lights, no water, no way to cook food. And no elevator by which to escape from the 21st floor should a Russian missile strike. Even when electricity comes back, it’s never on for long.

“Russian strikes are plunging Ukraine into the Stone Age,” says Anastasia Pyrozhenko. In a recent 24-hour spell, her 26-story high-rise only had power for half an hour. She says the “military living conditions” have driven her and husband from their apartment.

“Our building is the highest in the area and is a great target for Russian missiles, so we left our apartment for our parents’ place and are preparing for the worst winter of our lives,” said the 25-year-old.

The situation in Ukraine’s capital, Kyiv, and other major cities has deteriorated drastically following the largest missile attack on the country’s power grid on Tuesday. Ukrainian state-owned grid operator Ukrenergo reported that 40% of Ukrainians were experiencing difficulties, due to damage to at least 15 major energy hubs across the country.

Warning that electricity outages could last anywhere from several hours to several days, the network said that “resilience and courage are what we need this winter.”

Kyiv mayor, Vitali Klitschko, too, stressed the need to be ready and resilient in the face of a potential blackout: “Worst case scenario. Actually, I don’t like to talk about that, but I have to be prepared if we (do not) have electricity, blackout, no water, no heating, no services and no communication,” Klitschko told the AP on Friday. 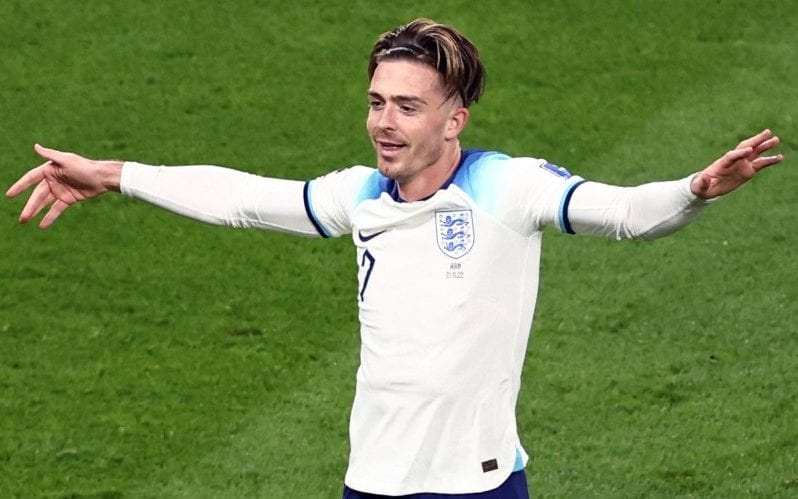