Two inter-ministerial Central teams, tasked with assessing the damage incurred across Tamil Nadu due to the unusually heavy rains in January, are set to arrive in Madurai and Tiruchi on February 4.

The first team, led by Joint Secretary-level officer Ashutosh Agnihotri will land in Madurai and visit affected areas in Virudhunagar, Thoothukudi, Ramanathapuram and Sivaganga districts on February 4 and 5. Manoharan, Director of Directorate of Oilseed Development in the Union Ministry of Agriculture and Farmers Welfare in Hyderabad and Mahesh Kumar, Deputy Director in the Department of Expenditure in the Union Ministry of Finance are the other members of the team.

Another team, led by Fisheries Development Commissioner Paul Pandian will visit arrive in Tiruchi and visit Pudukkottai, Thanjavur, Nagapattinam, Mayiladuthurai and Cuddalore districts on February 4 and 5. Shubham Garg, Assistant Director in the Central Electricity Authority of the Union Ministry of Power and Rananjay Singh, Regional Officer in the Union Ministry of Road Transport & Highways are also part of the panel.

Both the teams will reach Chennai by road by Saturday night and leave for Delhi together on February 6.

As per the Tamil Nadu government estimate, about 6.81 lakh hectare of crops have been affected by the unusually high rains in the State during January this year. 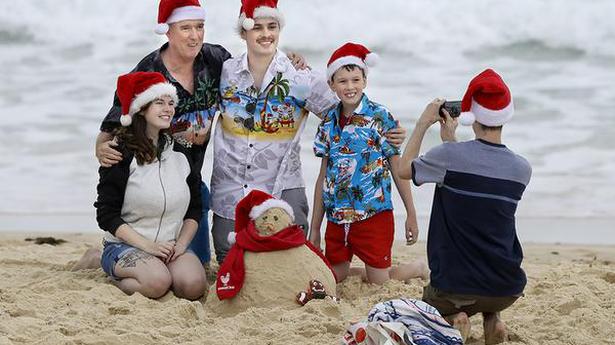 A Christmas celebrated under the pandemic’s shadow