The Tamil Nadu government ran 265 Shramik special trains, at a cost of ₹34.6 crore, to help 3.54 lakh migrant workers reach their homes in various States during the pandemic.

A reply given by the Southern Railway, under the Right to Information (RTI) Act, to RTI activist R. Pandiaraja, revealed that the Centre did not make any contribution towards the fare.

The special trains were run with sleeper class coaches, wherein only passengers identified by State governments were allowed to board. Unreserved tickets were distributed to migrant workers by the State governments.

The Tamil Nadu government operated 265 Shramik Specials, the highest number of special trains run by any southern State, including the Union Territory of Puducherry, under the Southern Railway.

This is more than 50% of the 507 Shramik Specials run by the Southern Railway to take home about 7.35 lakh migrant workers between May and August.

Of the total ₹66.28 crore collected by the Southern Railway, through ticket fare for all Shramik Specials, Tamil Nadu alone paid ₹34.6 crore.

The trains were operated from 26 railway stations across the State.

The highest number of special trains were operated from the MGR Chennai Central station (77), followed by Tiruppur and Coimbatore (34 each), Tiruvallur (22) and Chennai Egmore (15).

Following Tamil Nadu, 218 trains originated from stations in Kerala. However, the Kerala government paid the fare for only 53 trains. “Sources in Kerala said that since the State government had spent a lot of money on the welfare of migrant workers, their food, stay and health in the initial period of the lockdown in March and April, it could not afford to pay for their travel. The destination States paid for most trains,” said Mr. Pandiaraja.

While Karnataka operated 21 trains (within the Southern Railway jurisdiction), it paid the fare for 19 trains; Puducherry paid for only one of the three trains that plied from the Union Territory.

Desilting over in 42-km stretch in Vaigai: Minister 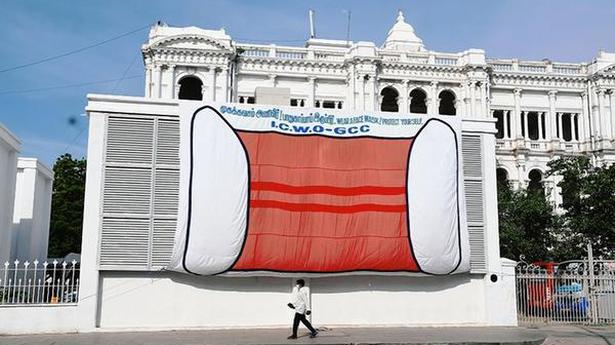 The Centre is offering onion from the buffer stock stored at Nashik, Maharasthra, at the procured rate of ₹26-28 per

One for the road