His statement comes on the day when farmers held a ‘Rail Roko’ campaign across the country.

Union Agriculture Minister Narendra Singh Tomar on Thursday said the Centre is still willing to talk to the farmers protesting against the three farm laws.

Addressing a press conference in Guwahati, he said Prime Minister Narendra Modi has said in Parliament that the government is willing to discuss the three acts clause-by- clause.

“We are regularly in touch with the protesting farmers. The Government of India is ready to discuss the acts clause- by-clause,” Mr. Tomar said.

When asked specifically if the centre is still willing to talk to the agitating farmers, who have been on borders of Delhi for nearly three months, the Minister replied in affirmative.

He, however, did not comment on when the talks are likely to resume between the two sides.

Mr. Tomar also informed the media that the budget for the next fiscal has proposed a number of schemes for the welfare of the farming community of the country.

After the 10th round of talks in January end in which the centre proposed to keep the new agri laws in abeyance for 1.5 years, which was not accepted by the agitating farmers, no further talks have taken place between the two sides.

Farmers leaders are insisting on repeal of the three farm laws and observed countrywide “Rail Roko” stir during the day in support of their demands.

With Assam expected to go to polls in March-April this year in which the Opposition parties are all set to make farmers agitation an election issue, Mr. Tomar was in the poll- bound State to count virtues of the new agri legislations to the cultivators. 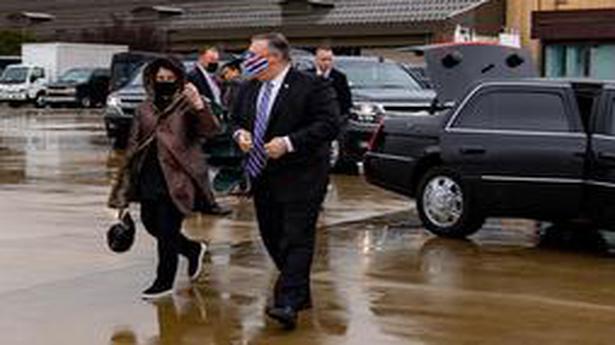