The CPI(M) has alleged that the Centre was trying to privatise the limestone mines of Visakhapatnam Steel Plant (VSP) at Jagayyapeta and Madhavavaram in Andhra Pradesh.

In a statement here on Wednesday, CPI(M) Greater Visakha City committee secretary B. Ganga Rao demanded that the State government write a letter to the Centre opposing the proposal. He alleged that the Centre, which failed to allocate captive iron ore mines to VSP, has now appointed a consultant to privatise the limestone mines held by Visakhapatnam Steel Plant.

The consultant was asked to suggest measures to privatise the mines and terminate the services of workers, who were employed there, Mr. Ganga Rao claimed, adding that the measures were part of a greater plan to privatise VSP, and said the CPI(M) was staunchly opposed to it.

Mr. Ganga Rao said that the non-allocation of iron ore mines to VSP was resulting in the production cost going up by ₹3,000 a tonne for VSP, thereby reducing its profits. The allocation of captive mines to a private steel plant while denying the same to a public sector unit like VSP indicates the stepmotherly attitude of the Centre towards the latter, he alleged.

Alleging that the BJP government was taking measures to hand over VSP lands to South Korean steelmaker POSCO, he said that it would deliver a severe blow to the progress of Visakhapatnam and North Andhra. 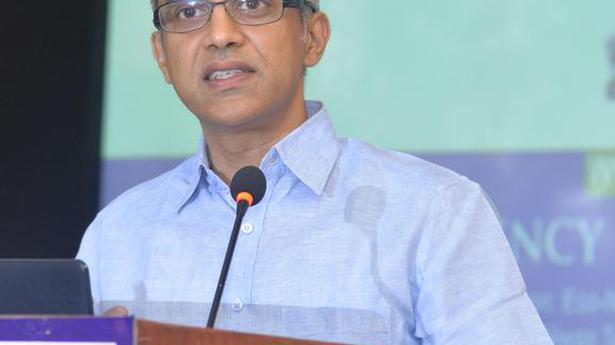