Ministry has not conducted formal study to asses losses of stakeholders after August 5, 2019

The Centre has admitted in the Parliament that it’s yet to start an assessment of the losses inflicted on the tourism sector after August 5, 2019, when Jammu and Kashmir’s special status was ended.

In a reply to a question, the Union Tourism Ministry told the Parliament that it has “not conducted any formal study to assess the job losses of artisans, weavers, tour operators, houseboat owners, transporters, shikaras, hotel and restaurant industry” after August 5.

The Ministry, however, informed that the number of tourist arrivals declined in J&K. “The impact was felt more severely in Kashmir valley than in the Jammu division,” it said.

The Ministry said only 84,326 tourists visited the Valley compared to 87.9 lakh visitors to Jammu since August 5, 2019. “The government has released a stimulus package of ₹5.67 crore as relief among shikara-walla, pony-walla, tourist guides and sledge pullers,” it said.

The inability of the Centre to conduct the assessment on losses has disappointed the stakeholders in J&K because the Kashmir Chamber of Commerce and Industries (KCCI), the Valley top traders’ body, has already submitted its survey on losses, to the tune of ₹16,000 crore, to Union Commerce Minister Piyush Goyal and the then Lieutenant Governor Girish Chandra Murmu in December 2019.

“Most sectors, including tourism, are still struggling to touch their peak in J&K since August 5, 2019. We have already given our assessment to the government. But nothing major has been rolled out on the ground so far. The stimulus of ₹5 crore is a meagre amount to have the tourism sector back on rails,” KCCI president Sheikh Ashiq told The Hindu.

According to the KCCI, the agriculture sector faced the major brunt of the lockdown post-August 5 and the internet shutdown with losses billed at ₹2,827 crore and was followed by tourism at ₹2,615 crore.

“Our exports have come down by 50% due to slow Internet speed (2G services) in J&K,” Mr. Ashiq said. He said the traders’ community have their eyes on the budget to be presented by the J&K administration soon.

“We have a number of non-performing assets due to the situation prevalent in Kashmir in the past three decades. We expect a policy to be adopted that provides the base for all sectors to resume business and become a part of Atma Nirbhar Bharat project. We have expectations from the upcoming budget,” Mr. Ashiq said. 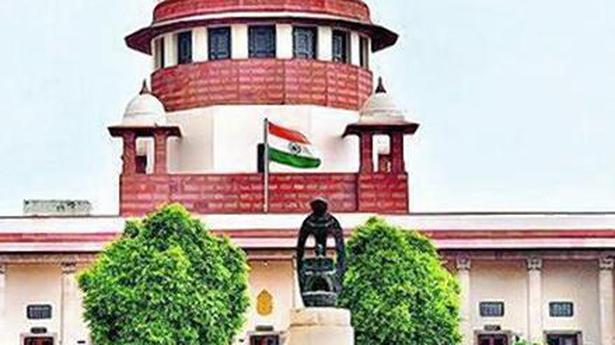