The VDGs would also be operational in parts of Kashmir valley

Groups of residents in Jammu and Kashmir’s villages will be enrolled for local defence before the Union Territory’s delimitation process starts, sources have said. The government has cleared the formation of village defence groups, or VDGs, which can respond to threats in areas such as those with hilly terrain where the local police presence is thin, sources said.

“Right now we are in a crucial phase. The delimitation exercise will be started and elections are to be held, so to give a sense of confidence among villagers in hilly terrains, this step has been taken,” said a senior officer in the Home Ministry, who asked not to be named.

Each VDG will have eight to 10 members of the same rank and pay, which will be credited to their accounts by the government every month.

The concept of VDG has existed in Jammu and Kashmir for a while, but the members left after they were not paid for a long time.

The security forces have been able to kill a large number of terrorists with the help of VDGs, whose shares highly reliable intelligence.

“In the 1990s, we ran many operations based on intelligence gathered by them. Hopefully, we will be able to generate ground intelligence with their help again,” the Home Ministry officer said.

In the 90s, when terrorism and violence were at their peak in Jammu and Kashmir, the VDGs helped people in remote areas and defended their areas from terror attacks, the officer said, adding it is important to reactivate the VDGs again as terrorists might try to trigger violence when assembly constituencies are redrawn in the delimitation exercise.

Areas like Doda, Kishtwar, Ramban and parts of the Pir Panjal range like Rajouri and Poonch, and Chenab valley have a mixed population and are seen as communally sensitive areas. Any incident can have a ripple effect in surrounding areas.

“These routes are also used by terrorists and their sympathisers for infiltration,” the officer said.

An in-charge of the project on the ground told NDTV: “The VDGs will enhance confidence among members of different communities and also help stop migration.”

The Home Ministry officer said police presence in some upper reaches of Udhampur and Basohli is thin. “If an incident takes place, it takes hours for a person in uniform to reach the incident site. VDGs will play a crucial role in such areas,” he said.

The current system of assigning one or two special police officers, or SPOs, with VDGs will be discontinued, the Home Ministry said in an order.

The VDGs would also be operational in parts of Kashmir valley, but for security reasons the areas have not been defined and made public. 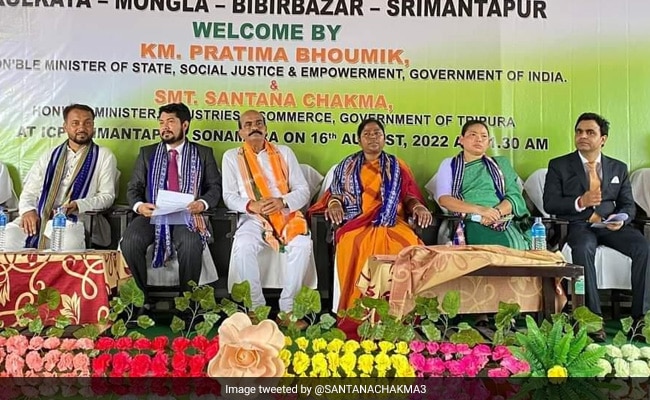