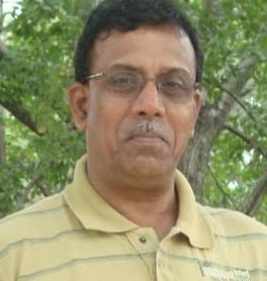 
An ambitious project of the Central Government, the Rs 12,000-crore Highway Expansion Project was envisaged in 2016, to widen 889 km of hill roads, to provide all-weather connectivity in the Char Dham circuit, covering Uttarakhand’s four major Hindu shrines, Badrinath, Kedarnath, Gangotri and Yamunotri, in the upper Himalayas.

Laying the foundation stone for the hill road in December 2016, Prime Minister Narendra Modi had described the project, as a tribute to those who lost their lives during the flash floods in the state.

Conceived primarily to facilitate the Char Dham yatras, pilgrimage, and to boost tourism, the project always had a strategic angle to it, as the highways would facilitate troop movement to areas closer to the China border.

In 2018, the road-expansion project was challenged by an NGO, Citizens for Green Doon, for its potential impact on the Himalayan ecology due to felling of trees, cutting the hills and dumping excavated material.

The Supreme Court appointed High-Powered Committee (HPC) under the Chairmanship of Ravi Chopra, an Environmentalist, to examine the issues, submitted two reports in July 2020, after the members disagreed on the ideal width for hill roads.

The majority report by 21 HPC members, i.e., 14 members, favoured a width of 12m as envisaged in the project.

However, on September, 8, 2020, the Supreme Court upheld the recommendation of the four HPC members, including Ravi Chopra, the Chairman, to limit the carriageway width to 5.5 m, along with 1.5 m raised footpath, based on a March 2018 guideline issued by the Ministry of Road, Transport and Highways (MoRTH) for mountain highways.

It was claimed in this connection that, as a wider road requires, additional slope cutting, blasting, tunnelling, dumping and deforestation, it is likely to further destabilise the Himalayan terrain, and increase vulnerability to landslides and flash floods.

Argument from the side of the Ministry of Defence

Referring to the Chinese military build-up across the Line of Actual Control, the Central Government submitted before the Supreme Court on Thursday, 11th of November, 2021, that wider roads are needed in the Char Dham mountain region of Uttarakhand, to make it possible to transport missiles like the BrahMos and other critical military equipment. It assured that, if this leads to landslides, the Army will tackle it.

K.K. Venugopal, the Attorney-General of India underlined the fact that, army has to defend the country, and for this, the roads have to be made available up to the Line of Actual Control. The wider the road, the quicker the defence deployment and supplies, he added.

The HPC argued that, a disaster-resilient road is much preferable than a wider road which is prone to frequent blockages, landslides and recurring slope failures. According to the HPC, by widening a mountain highway, particularly on the young, still-unsettled Himalayas, we run the risk of leaving the slopes more unstable. Concluding, it opined that, an intermediate width for Himalayan highways was more judicious, even for the country’s defence needs.

Responding to this, K. K. Venugopal expressed that, in so far as the width of the roads is concerned, the report of the Indian Roads Congress should be taken into consideration.

Reacting to the ongoing debate, the defence minister is reported to have said, the army is not going to take 8,000 cars up to the Chinese border. Its only when the situation becomes very serious, that such volumes may be seen. In fact, nothing may happen & it may just be a posturing, but we have to be careful & have to be on guard, he said.

Earlier, the bench of justices, D.Y. Chandrachud, Surya Kant and Vikram Nath, had underlined its predicament, by asking, if it could override defence needs on environmental grounds.

They had said, we cannot deny the fact, that at such a height, the security of the nation is at stake. Can the highest constitutional court say, that we will override defence needs, particularly in the face of recent events? Can we say that environment will triumph over the defence of the nation or that, defence concerns be taken care of, so that, environmental degradation does not take place?

Where does the matter stand presently?

Both parties concluded their arguments on Thursday, 11th November, 2021. While the NGO underlined the government’s disregard for the September, 08, 2020 court order, when Ministry of Road, Transport & Highways (MoRTH) unilaterally relaxed its guidelines for hill roads in December, 2020, the government furnished a two-page report on the steps taken for landslide mitigation.

Looking at the arguments of the two sides, it is worth considering here, particularly, in the case of a matter concerning the defence of the country’s borders, whether it is proper to give environmental concerns more weightage, over the concerns of the Defence establishment. Ideally, the decisions, as in the present case, should be left to the Defence Ministry, as it concerns the security of our borders.

The concerns expressed by the NGO are no doubt valid, but they cannot & should not be given precedence over the defence considerations, it is felt. It is worth remembering here that, over enthusiasm of the NGO, Greenpeace in allegedly fuelling protests against the Kudankulam Nuclear Project in Tamil Nadu, had forced the UPA government under Dr. Manmohan Singh in 2012 to put it under the scanner for obstructing the development project. In the present case, it is the project of the Ministry of Defence which is on the target of an NGO. A question therefore crops up, whether the Apex Court should even entertain the petition of this kind.

The Supreme Court has reserved its judgment on an appeal by the Ministry of Defence for relaxing its September 2021 order, that specified the road width under the Char Dham project of the Ministry of Road Transport and Highways. The court has observed that, there is no defence versus environment argument in the case and that, there is a need to balance both the concerns 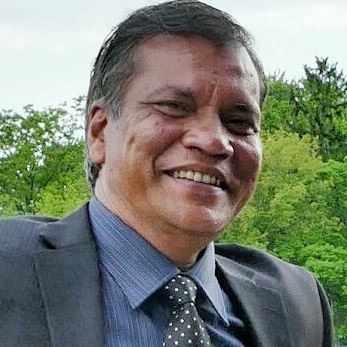 An Islamic Emirate in Pakistan: Sooner than later? 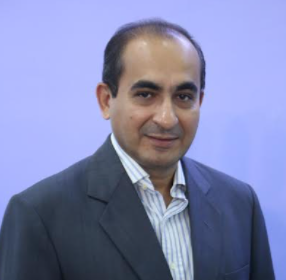