Tilapia, one of the most farmed fish varieties in Kerala, used to fetch around ₹250 in the market until recently. But the inflow from other States has caused the price to plummet, adversely impacting the aquaculture sector and inland farmers of Kerala.

The fish is now available at ₹110 and the aqua farmers say there is no market for their produce due to imports, especially from Andhra Pradesh.

“The production potential of freshwater culture has escalated since Subhiksha Keralam, but nearly 1,000 tonnes of fish reach Kerala every day from other States. This low-quality formalin-laced fish can be bought at a cheap price, but it can lead to multiple health issues. Government should take steps to ensure that the stock reaching Kerala is chemical-free and seize consignments that are contaminated,” says T.Prushothaman, State president, Kerala Aqua Farmers Federation.

The federation has already approached the authorities for remedial measures that also include provision for processing surplus fish and make ready-to-eat products. “Right now farmers are forced to sell fish at a rate that doesn’t even cover the production cost,” he adds.

Kerala, with its ever-soaring demand, is a major market for the vast fish farms in Andhra Pradesh since their local consumption is not very high.

“Despite our marine wealth and inland fish production, around 2 lakh MT fish arrived in Kerala from other States during the last year and it has been affecting our market,” says P.A.Lalson, State secretary, All Kerala Aquaculture Promoters Union. He adds that though the government has implemented several projects to promote aquaculture and accelerate inland production, there is no proper marketing network.

“Since the launch of Matsya Keralam project more than a decade back, the State has taken measures to maximize the annual production of freshwater fish. But our fish consumption is very high and we are dependent on other States. But right now these lobbies have complete monopoly over many markets in Kerala and everyday consignments from Andhra Pradesh arrive in Ernakulam with tilapia, pangasius, seabass and a variety of marine fish.”

Huge volumes of low-quality pearl spot flooding the market is another issue faced by the farmers.

“In many parts of Kerala they sell pearl spot that tastes nothing like the real fish. It looks very similar to the original, but the flesh will be totally tasteless and most of the times the stock will be very old. Buyers usually go for low-priced fish thinking it’s the same,” says Rajeevan, a farmer from Alappuzha. In raids conducted by Fisheries and Food Safety Departments following lockdown, several trucks carrying huge quantities of stale fish were seized.

“But they stopped the raids after sometime and now a good portion of the fish reaching our market is not fit for human consumption,” he adds. 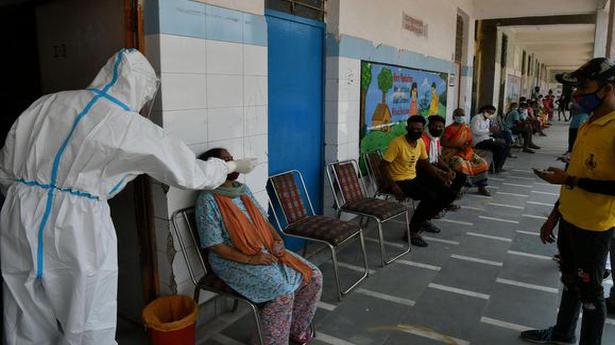 Coronavirus | India likely had 6.4 million infections in May: ICMR serosurvey