The depositors of Green Buds Agro Farm Company, who had launched an indefinite dharna in protest against the delay in the refund of their deposits, have decided to temporarily call off their agitation following an assurance given by Deputy Commissioner Rohini Sindhuri.

Ms Sindhuri met the protesters at the site of their demonstration in front of the Deputy Commsisioner’s office on Wednesday evening and assured them that their demand will be met in 45 days’ time.

“Hence, a decision has been taken to temporarily call off the agitation’’, said Kurubur Shanthakumar, President of Karnataka Sugarcane Farmers’ Association, who had lent his support to the agitation.

The cheated depositors of the company from different parts of the State had gathered near the Deputy Commissioner’s office since the last three days in protest against the delay by the authorities to refund their deposits by auctioning the seized properties of the company that had defrauded them.

More than 1.8 lakh depositors from different parts of Karnataka had paid varying sums of money through more than 73 branches of the company. But, when the company was unable to return the deposits, which were to have doubled in five years, a case was filed against the promoters of the company in 2013, leading to their arrest.

Subsequently, the then State government had ordered a CID probe, which submitted a report after which the government in 2016 ordered confiscation of the company’s properties, including the land acquired from the deposits collected from the people.

More than 1.8 lakh people had submitted their claims in 2018 to the Assistant Commissioner of Mysuru, the competent authority appointed by the government, but the authorities were yet to submit the details of the details to the special court and set in motion the process of auctioning the confiscated property to refund the money to the depositors, according to Lakshmidevi, the President of Green Buds Agro Farm Company Depositors Protection Forum.

However, Ms. Sindhuri assured them that the details will be collated and submitted to the court soon. 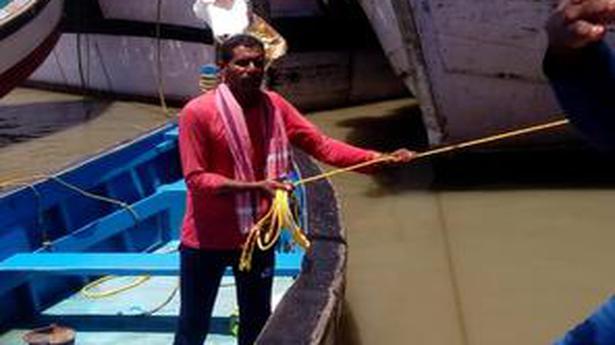 Why Belagavi district is difficult to divide