Two days after the heart-wrenching ordeal of a pet dog reported in Kochi, the Leader of Opposition Ramesh Chennithala on Monday shared the touching story of his visually challenged pet canine on social media, which won the hearts of netizens.

The Congress leader narrated on his Facebook page, how he and his family loved their pet dog ‘Scooby’ even after coming to know that it was visually impaired and said animals also own this universe.

He also shared some pictures of himself with the pet dog.

Social media users said the post by Chennithala about his pet was a touching one with an user writing: “Wow..that’s a touching story.”

Chennithala said he was upset after hearing the news about a pet dog that was tied to a car and dragged along a road by its owner in Kochi, who was arrested later after the incident sparked controversy.

“The news of a pet dog being tied to the car came to my notice during the election campaign in Kannur. Saw with great pain how the dog was dragged down the road and got injured and became tired,” he said in the FB post.

Saying that it was his younger son Remit had brought ‘Scooby’ to their house two years ago, he said it had become part of their family soon.

While responding to calls of family members, the pet dog used to rush to them but hit continuously at the legs of Chennithala’s wife Anitha, the FB note said.

It was only later that the animal was shown to a veterinary doctor who confirmed that the dog was visually impaired.

Though the family was first pained to know that the dog had no vision, they later began to love it more intensely, he said.

The Congress leader said though it was visually challenged, the dog had a great sense of hearing and smell, with which it overcame the shortcomings.

“Dog is an animal that loves its owner more than its body…don’t harm these animals which love you double if you give them love. Not just human beings but they also own this universe,” the FB note concluded.

While Congress legislator V.T. Balram posted “You are so humane, Rameshji,” activist Jazla Madasseri said “though there are political differences, these words deserve love from the heart.”

Premkumar, another Facebook user, wished Chennithala could continue to do such good things and expressed hope that he could pen more such nice words.

In a recent act of cruelty, a pet dog was tied to a car and dragged along a road by a man to be abandoned in the wild, but freed after a passerby confronted him in Ernakulam district on Friday.

The passerby, an eye-witness, took a video of the incident and it went viral on social media following which police arrested Yusuf who drove the car, officials said. 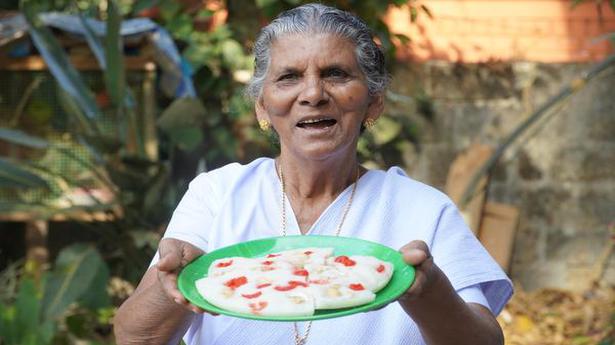