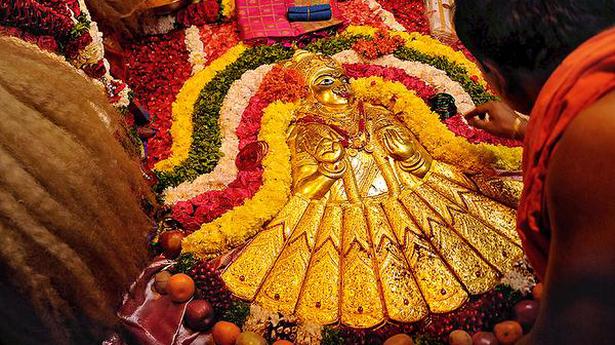 A gold saree weighing 2.5 kg. was offered to Goddess Yellamma at Balkampeta Yellama temple to celebrate the birthday of the Chief Minister K. Chandrasekhar Rao, who turned 68 on Wednesday. The saree was offered by Minister for Animal Husbandry Talasani Srinivas Yadav and TRS leader Kuna Venkatesham Goud among others.

The celebrations were grand across the State with Mr. Rao’s followers and TRS leaders cutting cakes, planting saplings, distributing food and sarees to poor people. They hailed him as the Father of Telangana and a visionary to ensure all round progress of Telangana.

IT Minister and KCR’s son, K.T. Rama Rao planted a sapling at Pragati Bhavan along with his wife and daughter and tweeted “To a warrior who fought against all odds to make Telangana State a reality; To a leader who was an awe inspiring agitator & now a fabulous administrator; To a living legend who epitomises the word Visionary; To a man I am privileged to call my Father.”

Social media was also flooded with messages from various organisations and individuals with pictures and videos of cake cutting and planting saplings across the state. TRS NRI members too celebrated KCR’s birthday and described him as the architect of modern Telangana. 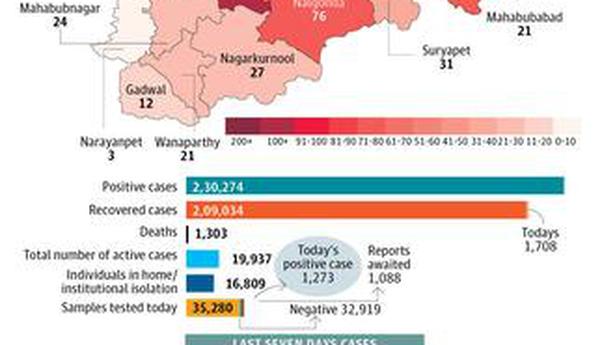