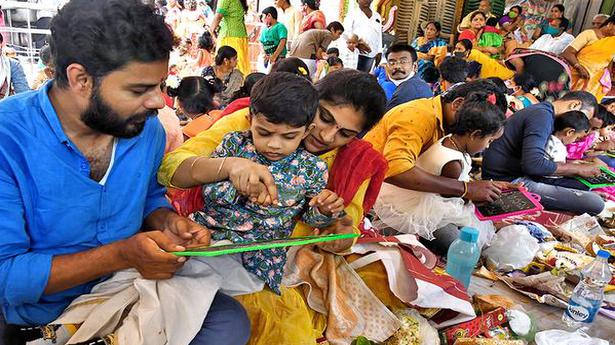 
Goddess Kanaka Durga, the presiding deity of the Sri Durga Malleswara Swamyvarla Devasthanam, was adorned in the attire of Goddess Saraswati as part of Vasanta Panchami celebrations on Monday.

Priests performed Saraswati mantra havanam and offered special prayers in the evening. They blessed the students appearing for the examinations at Mallikarjuna Mahamandapam on the temple premises.

The temple authorities gave a pen, a photo of Kanaka Durga and prasadam to each student. The temple witnessed good turnout of students. Students and their parents began pouring in at the temple from the early hours of the day to obtain sacred threads that were kept in front of the deity.

The temples wore a festive look as ‘Saraswati Homam’, ‘Sahasra Kumkum’ and ‘Pushparchana’ rituals were performed.

Parents came with their children to take part in aksharabhyasam as performing the ritual on the auspicious ‘Vasanta Panchami’ day is considered as the best day to begin studies for children. The children sat on the lap of their fathers and other relatives. They were made to write alphabets. 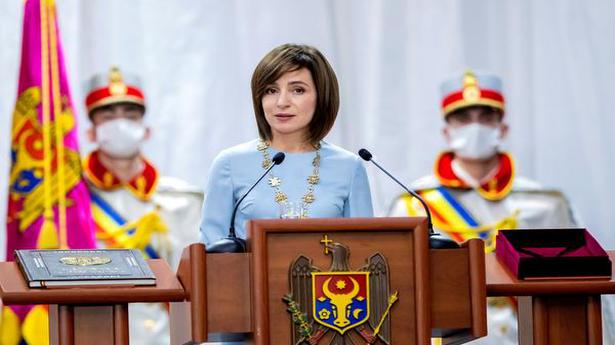