Every year, as per the WHO protocol and Ministry of Health and Family Welfare guidelines, the polio vaccine had been administered to children across the country. The two dosages administered over a gap of 15 days, was being given to the children. Apart from the Health department, officials from other government departments, NGOs and service organisations led by the Rotarians were roped in on the mega project.

As a result, there had not been any polio-affected children in the country for over a decade, officials said and added that airports, railway stations, bus stands and Primary Health Centres were identified as pulse polio camps, wherein the children were given the drops free of cost.

Minister Kadambur Raju inaugurated the camp at Sriram Nagar in Kovilpatti at an Urban Primary Health Centre in the presence of Deputy Director Anitha and other officials. At the Government Medical College Hospital, District Collector K Senthil Raj, Dean Revathi Balan and others commenced the camp. In the airport, the Director N Subramanian administered the polio drops to children below five years, who had visited the airport.

Civic officials led by Corporation Commissioner V P Jeyaseelan inspected the camps in the city and a health official said that a total of 5164 workers including nurses and NGOs were engaged on the programme.

The district administration had made elaborate arrangements to administer the pulse polio drops to as many as 1,17,714 children in the age group of 0 to 5 years between 7 a.m. and 5 p.m through 886 centres including 30 mobile camps.

During the day, the officials went around the camps including the refugee camp in the district and ensured that no children missed the dosage. Deputy Director (Health) Aruna said that apart from the Government Hospitals, bus stands, check posts, railway stations and lodges were covered.

Collector Vishnu launched the camp in the presence of Corporation Health officials. He told reporters that since the last 11 years, there has not been any single case of polio attack reported in the country and appealed to the parents to get benefitted through the dosages without fail.

The City Health Officer Saroja said that 1,34,669 children were identified for the camps opened across the district in which 3696 workers including volunteers were engaged for the mission.

To enable travelling children also to get benefitted through the camp, mobile centres were functioning at railway station, bus stands across the district, the Health officials said.

Collector M Arvind launched the programme in the district in the presence of Special Representative in New Delhi Thalavai Sundaram.

According to the officials, the Collector had appealed to all the parents to get benefitted from the vaccination camp opened in 1236 locations across the district.

The district had a total of 1.50 lakh children and mobile camps were opened in markets, churches and in bus stands other than the Government Hospital at Asaripallam, PHCs and at anganwadi centres. 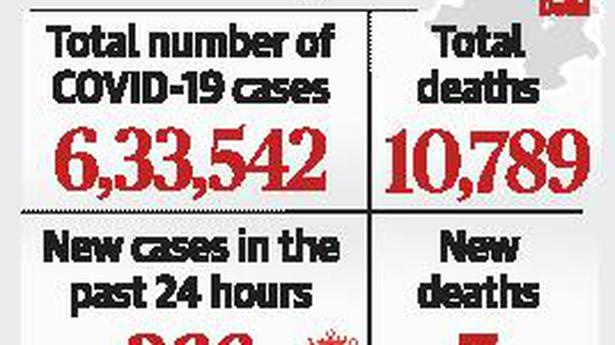 No action will be taken to demolish 48,000 slum clusters in Delhi, Centre tells Supreme Court

One thought on “Children given polio drops”