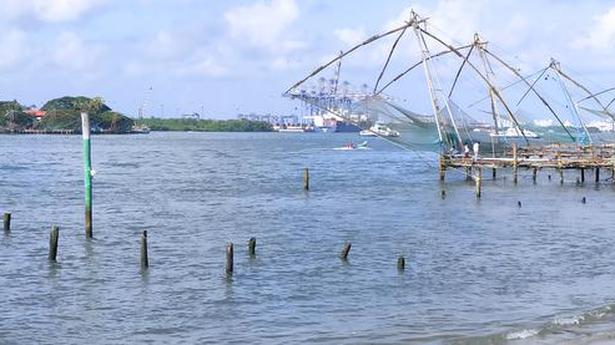 Seventy-year-old Kunjappan pointed to a wooden stump on the famed Fort Kochi beachfront, the sole remnant of a massive Chinese fishing net he owned till a few years ago.

This and many other Chinese nets that still proudly adorn tourism brochures about Kochi would still have been operational, if Kerala Tourism’s ₹2.44-crore long-overdue project to help renovate the nets using lengthy teak and Kalasanthi wood logs had materialised.

“I began pulling the cantilever nets in 1965. Inadequate government support and sea erosion due to dredging of the shipping channel resulted in the number of nets dwindling from 25 to eight during the past three decades. Much of the delay in kick-starting renovation work could have been avoided if Kerala Industrial and Technical Consultancy Organisation (KITCO), the implementing agency to whom the Kerala Tourism handed over half the project cost, had been proactive in sourcing lengthy teak logs [which constitute the cantilever frame of the nets] from the Forest Department,” Kunjappan said.

Many of the iconic nets withered away or were dismantled, since net operators found it tough to procure teak wood on their own to replace the worn-out logs. In addition, the tough grind involved in six people having to pull the nets simultaneously, be it rain or shine, has resulted in it becoming difficult to get workers, he added.

Franklin, a worker who earned a living for decades pulling the nets, pointed to how people like him fell on hard times owing to high operational cost and dwindling fish catch. He pointed to termites and the elements destroying many of the over a dozen Kalasanthi wood logs that were unloaded at the Vasco Da Gama Square over three years ago. “They could have been used to form ‘hinges’ which supported the massive teak logs, if the logs had been made available in time,” he said.

Apart from their tourism value, over 10 families are dependent on income from each net.

A senior Kerala Tourism official said the project that was set in motion in 2014 was caught in red tape and many avoidable delays in implementation. “A litigation on who would install the logs too caused delay. Soon after the Forest Department sanctioned teakwood for the purpose and issued a three-month deadline to take their possession, the pandemic set in. We have begun the process of procuring the wood in earnest,” he added.

He confided that Fort Kochi would lose its value as a pristine heritage locale and go the Kovalam way in less than a decade, if the nets were not conserved. In addition, encroachers who have set up kiosks and vends must be removed. 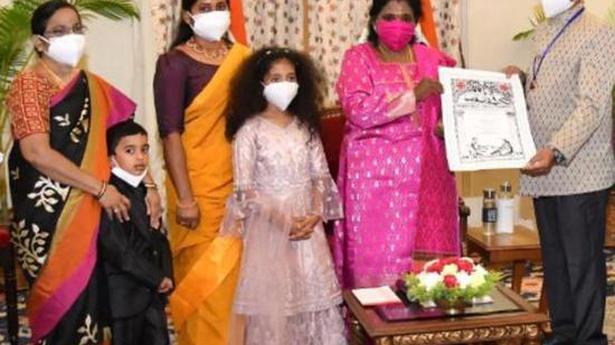