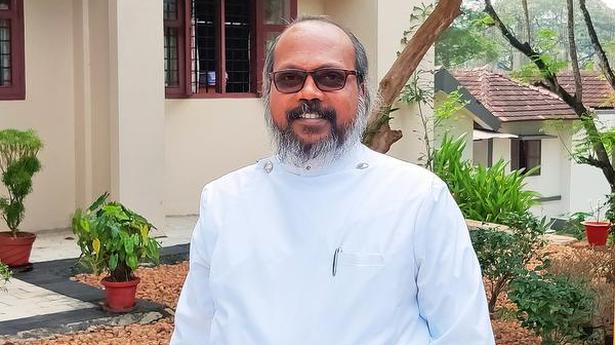 There is a need for Christians to close ranks with the protesting farmers who are fighting for justice, says Father Y.T. Vinayaraj, theologian, writer and chief editor of the Malankara Sabha Tharaka, the organ of the Malankara Mar Thoma Syrian Church headquartered in Thiruvalla.

“The Christian faith is essentially anti-imperialist and the Church is duty-bound to join forces with people’s resistance movements,” says Dr. Vinayaraj, who took to Facebook the other day to make a fervent appeal for support to the farmers.

According to him, the Centre is colluding with neo-liberal capitalist forces to divest the farmers and other ordinary people of their rightful share of resources. “This government relies on religious nationalism to gain political legitimacy and deals with an iron hand democratic protests seeking justice. We have had so many instances of this: the attack on Jawaharlal Nehru University, the anti-CAA [Citizenship (Amendment) Act] protests, the justice for Rohit Vemula movement and now the farmers’ agitation. It is time subaltern and democratic forces came together to offer resistance,” Dr. Vinayaraj, who also teaches at the Mar Thoma seminary, told The Hindu over phone.

He feels let down by the leaders of a section of the Catholic Church who he thinks “are only trying to push their vested interests by joining hands with the undemocratic forces”.

“What are they trying to strike a deal for? Mere representation in minority forums or for some personal gains? When asked if they discussed the farmers’ protest during their meeting with the Prime Minister, one bishop said they had not discussed any political issue. But isn’t solidarity with the suffering and the deprived classes, the Dalits, at the heart of Christianity? It is a fake religiosity without that,” argues Dr. Vinayaraj, who wants the Church to be a reformist force.

Images of the exodus of migrants, the protesting farmers, imprisonment of human rights activists, persecution of women, Dalits and sexual minorities and a government that was increasingly becoming authoritarian were all invoked by the editorial of the Mar Thoma Church organ in its December 2020 issue, asking what these signs portended for the Church.

Dr. Vinayaraj, who had stood in solidarity with the nuns and the laity that protested against the rape-accused bishop Franco Mulakkal, says “the faithful should stand with the oppressed.”