Multiplexes were opened today after seven months in UP. Although the presence of the audience was seen as a mere name. During this time, full care was also taken for social distancing.

Multiplexes closed for the past 7 months due to the Corona epidemic opened on Thursday. Only four of the capital’s 20 multiplexes are open. In the Umrao Complex of Nishatganj, the city’s most posh area, people were coming for shopping but no one came to watch the movie. The first show was completely empty. At the same time, 7 people bought tickets through online booking at the 1:45 show at Riverside Inox.

Abhinav, who came from Jankipuram Extension in a group of three, said that after about 7 months the multiplex malls opened, we were also bored at home, I thought today we came to see the movie, yesterday I read in the newspapers. Multiplexes are opening. For a long time, there was a problem of not seeing a movie in a multiplex. The new movie did not take place, but the fun of watching in a multiplex is different.

Why people did not reach, this reason came to the fore
Ashish Aggarwal, president of the UP Cinema Exhibitors Federation, says that no guidelines were issued for online booking from the beginning, everyone knows that Coronavirus will get tickets online, yes its information was definitely issued. Ashish Aggarwal says that people are not fully aware yet. No other new movies are also available in multiplexes. It is expected that new movies will be released in 10 days in the coming week. After which a crowd of people will come.

He told that, people would not have come to the first show because people did not have full knowledge about what time the show is, what time to come and what preparations have to be made. In a day or two, people will become agar after which they will reach to watch the movie. 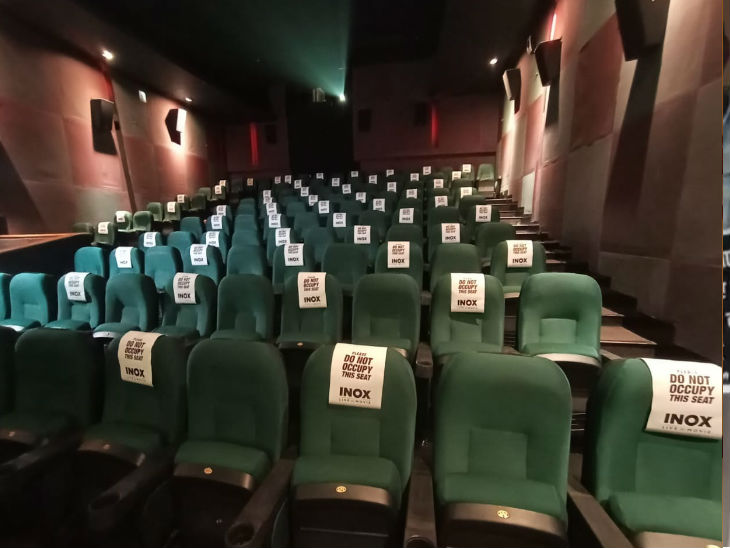 The audience was allowed to sit only after leaving a chair inside theaters.

Lucknow lost 25 crores, out of 20 only these four multiplexes opened
The multiplex complex, which opened after about 7 months, has Nishat Ganj Umrao Inox, Riverside Inox, Crown Faizabad Road, Wave Mall Inox of Lucknow in the capital. It is believed that all will open in the coming days. At the same time, Lucknow has suffered a loss of about 25 crores. If we talk about the loss of the entire film industry in the last 7 months, then it is Rs. The direct loss that has occurred, the indirect loss that we cannot estimate.

The helpless family continued to hammer their house in Hathras for fear of overbearing domineering; Mother-daughter pleaded, but the bullies did not listen | At the behest of the councilor, the overbearing hammer struck the house of the poor family; The family kept watching unaided, the mother and daughter protested, then beaten

Lucknow Child Rape: Eight-year-old Girl Rape By Neighbors in Uttar Pradesh Lucknow | After studying, the girl playing outside the house was raped by a youth living in the neighborhood; The victim narrated to her mother while learning