About 90% of the cinemas in the State reopened on Wednesday as Tamil superstar Vijay’s Master brought hundreds of movie-goers back to the theatres that had remained shut for over nearly nine months owing to the pandemic crisis.

The die-hard fans of the actor whistled and cheered as the opening credits of the much-awaited film started rolling. Long queues of film buffs wearing masks were seen outside the cinemas even though the government had permitted only 50% occupancy for a show.

K. Vijayakumar, president of the Kerala Film Chamber of Commerce, termed the reopening as a great start for the industry that was reeling under the financial crisis induced by the pandemic.

“The response was huge as it once again proved that people love to watch a movie on the big screen. We hope that this would be an exciting return towards the normal times,” he said.

M.C. Bobby, general secretary of the Film Exhibitors’ United Organisation of Kerala, said that Master was screened in majority of the 670 screens across the State.

“About 10% of the theatres could not be reopened as the owners required more time to complete the maintenance and preparatory works. Some of them are facing financial crisis and their theatres would reopen after a few days,” he said.

Theatre employees were requesting the audience to use the sanitiser and wear masks as per the safety guidelines prescribed by the Health Department. A group of youngsters, who watched the opening show of Master at the Padma theatre here, said that they were equally thrilled about returning to the cinemas and watching their favourite films on the big screen.

Jayasoorya’s Vellam, directed by Prajesh Sen, will be the first Malayalam movie to reach theatres after the reopening. It is being released on January 22.

The exhibitors remain hopeful that there will be a steady release of films in the coming weeks. Big budget movies are expected to be released by the end of March. Mohanlal’s Marakkar: Arabikadalinte Simham is set to release on March 26. 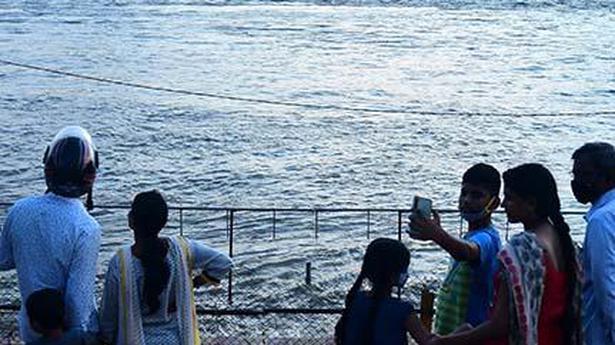