The government on Thursday informed the Malayalam film trade bodies that reopening of cinemas would be delayed in view of the pandemic crisis.

The meeting involving the representatives of the industry was convened by Chief Minister Pinarayi Vijayan after the Kerala Film Chamber submitted a memorandum seeking a relief package following the financial crisis induced by the COVID-19 situation. Minister for Cinema A.K. Balan attended.

K. Vijayakumar, president of the Kerala Film Chamber, termed the meeting as a farce while stating that the government failed to come up with any concrete solution on the worst-ever crisis faced by the Malayalam film industry. The agenda of the meeting was set by the government and the industry representatives did not receive adequate time to present their problems, he said.

M.C. Bobby, general secretary of Film Exhibitors’ United Organisation of Kerala, said that the Chief Minister made it clear that any decision on reopening theatres could be taken after the pandemic situation improved. On the chamber’s plea to reduce the entertainment tax and a waiver on the electricity charges while remaining shut, Mr. Bobby said that the government remained tight-lipped in view of the code of conduct in force owing to the civic body elections. It would be considered only at the time of reopening of cinemas, he said. 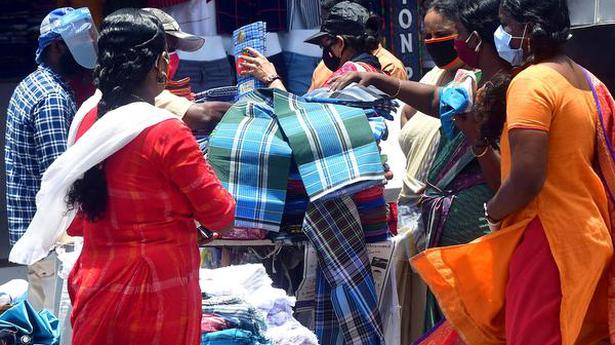 Coronavirus | Dip in cases as 397 test positive in Thiruvananthapuram